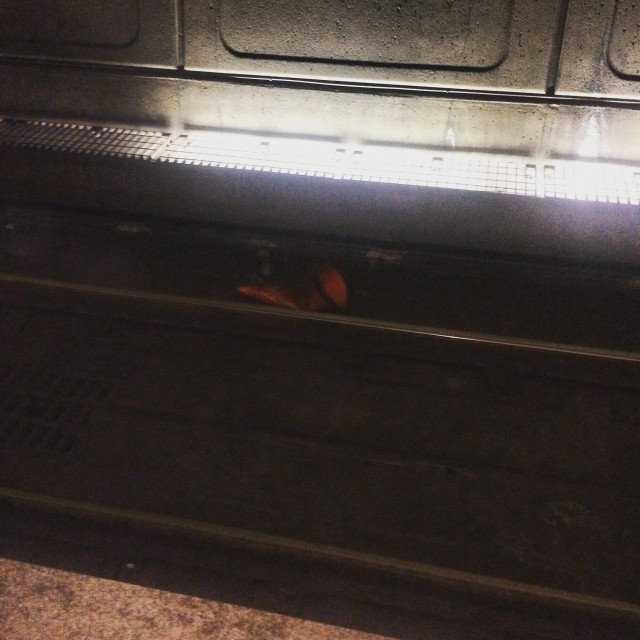 “On Sunday, I saw an orange rubber cone was stuck on the tracks at the U Street metro (going in the direction of Branch Avenue). I’ve attached a picture. On Sunday (9/13) at 6:30pm, I reported the cone to the station manager because I was worried that it would catch fire or get a train jammed. It’s now Tuesday and the orange cone is still there in the tracks. The attached picture was taken 10 mins ago. For some reason, this reminds me of when a doctor leaves a sponge in the patient’s body…. The metro repair workers just left a big orange cone laying in the middle of the train tracks! If nothing else, it’s symptomatic of a lack of care and irresponsibility.”

Read more →
More Stories
Photos from PoPville – Get Home SafePanda Patrol – The Panda Cub is now “a whopping 1.9 pounds” and cute as hell