Once again Lorie captures a spectacular scene that had a lot of folks jaws dropping last night:

“Vintage WW2 aircraft over DC: P-51 Mustangs on the outside escorting what looks like B-25 bombers arriving in town for the Joint Base Andrews Airshow this weekend” 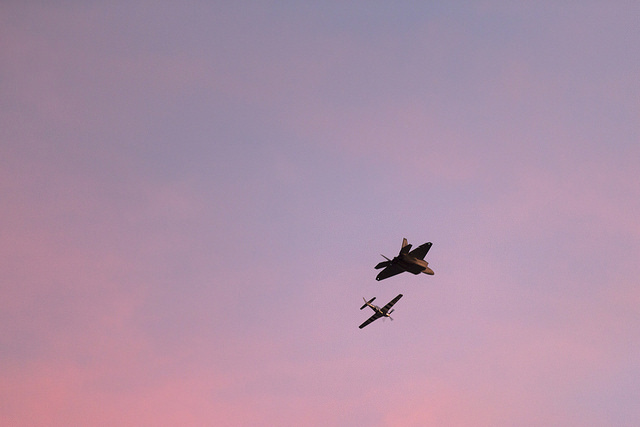