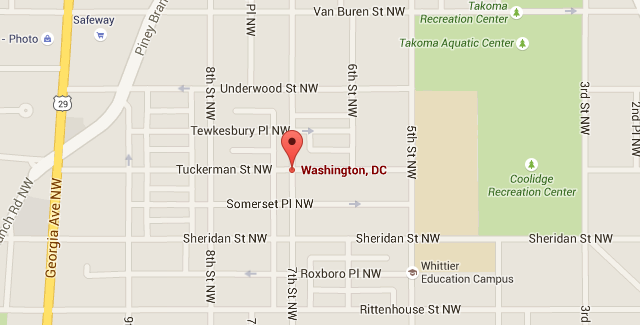 “On Sunday around 3:25 am, MPD responded to a call for a shooting in the area of 7th and Tuckerman Streets, NW. An adult male victim was found suffering from gunshot wounds. The victim was taken to a local hospital for emergency medical treatment but did not survive. A second adult male victim that sustained a gun shot wound was located. This victim’s wounds were non-life threatening. The identity of the decedent will be released once notification to the next of kin is completed.

“Detectives from the Metropolitan Police Department’s Homicide Branch are investigating a homicide which occurred in the 6400 block of 7th Street, Northwest on Sunday, September 6, 2015, at approximately 3:22 am.

Members of the Fourth District responded for the report of a shooting and upon arrival, they located one adult male suffering from an apparent gunshot wound. DC Fire and Emergency Medical Services transported the victim to an area hospital, where lifesaving efforts failed and he was pronounced dead. A second victim, an adult male, suffered a non-life threatening gunshot wound and was driven to an area hospital in a privately owned vehicle.

The decedent has been identified as 55 year-old Uyer Barnard Hooper, of Northwest, DC.

Shortly after the shooting on Sunday, September 6, 2015 at approximately 9:00 am a suspect was developed and 27-year-old Dejuan Etheridge of Northeast, DC was arrested. He was charged with First Degree Murder While Armed.”

Read more →
More Stories
Triple Shooting (one victim killed) in the 3000 block of 25th St, NEHouse of the Day