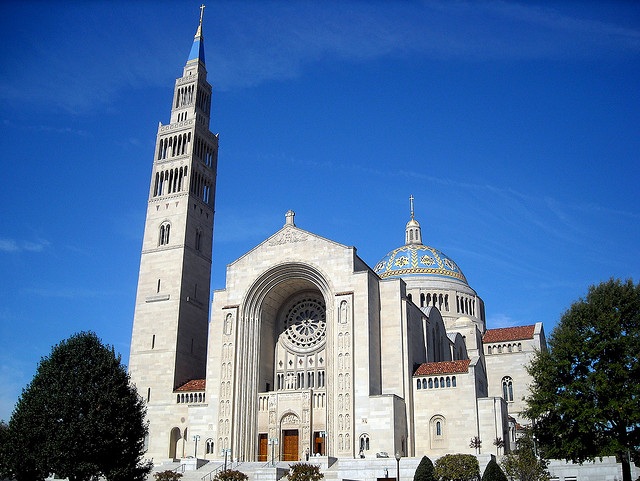 Hundreds of thousands of people are expected to attend events during the Papal visit, which will likely result in crowding and delays on trains and buses, and could produce near Inauguration ridership levels at selected stations.

While many regular commuters are expected—and encouraged—to adjust their work schedules or take advantage of telecommuting, Metro will take steps to provide additional train service during non-peak hours Wednesday and Thursday during the Papal visit. (Metro does not have the ability to add significant capacity during the traditional morning and evening rush hours.)

Riders should expect significant crowding aboard trains and at rail stations near Papal events.

Due to crowds following Papal events, riders may need to wait extended periods of time–possibly hours–before re-entering the Metrorail system at certain stations. In addition, bus customers should expect extensive detours and service adjustments as a result of events and associated road closures. All riders are encouraged to allow extra travel time during the Papal visit.

Metro is continuing to work with its external partners to plan for the Mass at the Basilica on Wednesday afternoon, which is expected to place extraordinary ridership pressure on the Red Line at the height of rush hour. Brookland Station, the closest station to the event, is the smallest Red Line station with the ability to accommodate fewer than 5,000 boardings per hour under normal conditions. In order to provide alternates to Brookland Station for the more than 25,000 ticketed guests, Metro and the D.C. Department of Transportation (DDOT) are developing plans for supplemental shuttle bus service from two adjacent Red Line stations: Fort Totten and Rhode Island Avenue. Details regarding shuttle bus service will be provided at a later date, but guests attending the Basilica event are encouraged to consider travel options other than Brookland Station. In addition, Brookland Station may be designated as “exit only” for a period of time prior to the Papal event, and “entry only” following the event. This step will effectively double the number of riders that can be accommodated per hour.”