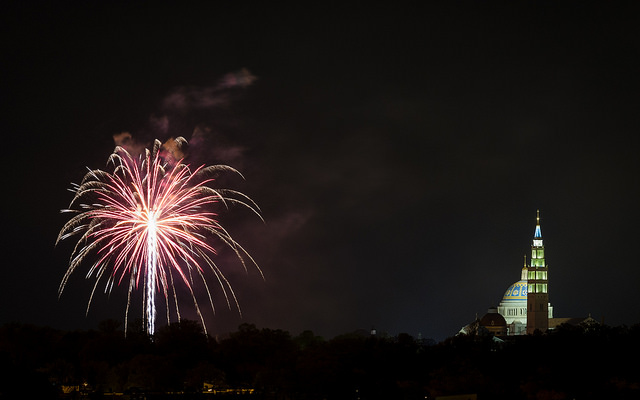 Thanks to all who sent emails:

“Schedule: 2015 Apostolic Journey of Pope Francis to the United States of America

Here is the schedule for Pope Francis’ September 2015 Apostolic Journey to the United States of America as released by the Vatican on June 30, 2015. All times listed are Eastern Daylight Time.

4:00 p.m. Arrival from Cuba at Joint Base Andrews

9:15 a.m. Meeting with President Obama at the White House
11:30 a.m. Midday Prayer with the bishops of the United States, St. Matthew’s Cathedral
4:15 p.m. Mass of Canonization of Junipero Serra, Basilicia of the National Shrine of the Immaculate Conception

9:20 a.m. Address to Joint Session of the United States Congress
11:15 a.m. Visit to St. Patrick in the City and Catholic Charities of the Archdiocese of Washington”