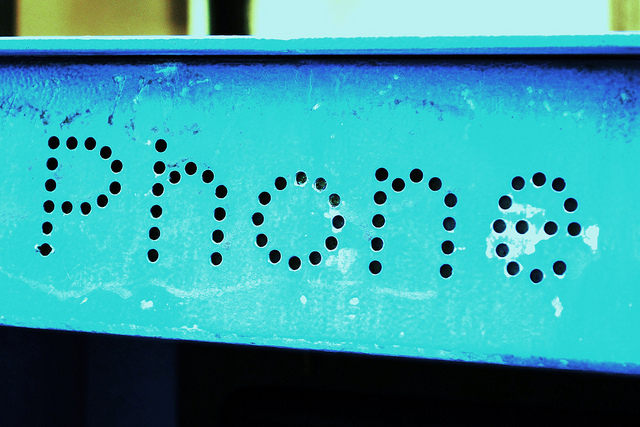 I just wanted to report what happened to me this morning after dropping my son off at school, because I’m not sure who you call when 911 doesn’t work. I was waiting to cross Georgia Ave. at Farragut St. NW when a man went sprinting crazily across the busy road, dodging cars and weaving all around. This isn’t completely out of the ordinary for Georgia Ave., so I didn’t think much of it at first.

After I crossed, the man emerged from an alley, followed by a Hummer. The man in the Hummer asked what street we were on because he was on the phone with 911. I told him and kept walking toward my house, watching as the man walking in front of me stumbled along the sidewalk as if he’d been hit over the head and shouted nonsense. I then met the man in the Hummer again (he was following the injured or high man until the police showed up), and he asked me to call 911 as well, because he wasn’t sure the operator had understood him.

I tried to call 911 four times–every time a recording came on telling me to stay on the line, but no one ever picked up. I live in north Petworth and I’ve called 911 numerous times; this has never happened to me before. The man (who was either severely injured or severely high) stumbled out of view. Eventually police officers came and asked where he went, but at this point he had long been out of my sight and I have no idea if they found him or what was wrong with him. I also have no idea why 911 was so busy at 9:30 am that no one could pick up one of my four calls.”

Ed. Note: Office of Unified Communications needs to respond to this situation.

Read more →
More Stories
“During rush hours, Orange and Silver line trains will run every 8 minutes, rather than every 6 minutes, to reduce the number of trains in service at any one time”Photos from PoPville – A New Visitor