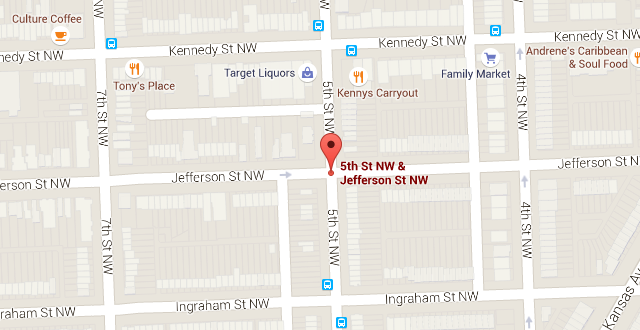 “Around 8:40 am, MPD responded to the sounds of gun shots in the area of 5th and Kennedy Streets, NW. A lookout was provided for a subject in possession of a gun. The officers were able to locate this subject and recover a firearm. This person was arrested and charged for possessing the firearm.”

“police are responding to gunshots on the corner of 5th and Jefferson. 5-6 shots. No injuries.”

“i heard 4 very clear gun shots around 8:40, but couldn’t determine the location. i’m closer to the georgia ave metro though.”