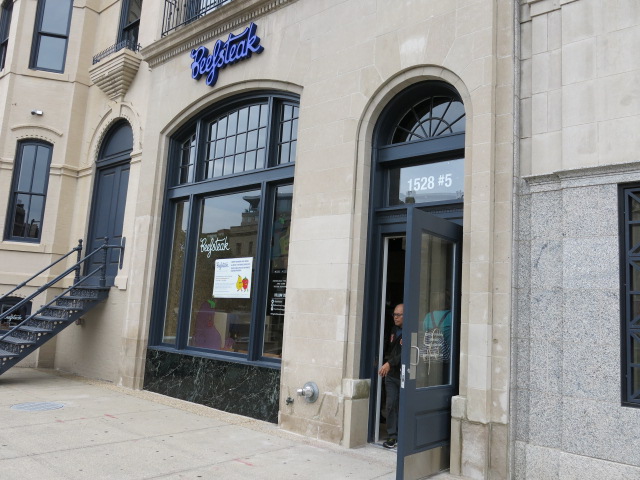 “José Andrés ThinkFoodGroup announces the opening of the second Beefsteak location in Washington, D.C., in its historic Dupont Circle neighborhood. Beefsteak first debuted in spring 2015 in the city’s Foggy Bottom neighborhood and recently announced plans to launch its first Philadelphia location at the University of Pennsylvania campus in the spring of 2016.

At Beefsteak, farm-fresh, market-driven vegetables take center stage, showcasing the season’s best and year-round favorites to create hearty, nourishing meals you can feel good about. The central focus of the menu are the grain bowls, with countless options combining flash-prepared vegetables, hearty grains like bulgur, house-made sauces such as garlic yogurt, crisp and fresh toppings and optional meatier toppings such as salt-cured salmon, chicken sausage and a poached egg.

Guests also have the option to swap in leafy greens as the base of their bowls, or choose from seasonal offerings like the seasonal salad or popular Beefsteak Burger made with beefsteak tomato, pickled red onions, sprouts, eggless caper herb ‘Just Mayo’, olive oil and sea salt, served on an olive oil brioche bun. Several bowls created by Chef José Andrés and his culinary team are available, such as the popular Kimchi-wa,made with rice, corn, carrot, cabbage, edamame, bok choy, roasted garlic yogurt sauce, and topped with scallions, toasted sesame seeds, corn nuts, kimchi and soy ginger dressing. Gazpacho is also available as a bowl or in a convenient to-go bottle. Later this fall, Beefsteak will debut new fall menu items that will celebrate the seasons best offerings.

“I’m thrilled to be bringing Beefsteak to Dupont Circle,” commented José Andrés, “For years, my family and I have been coming to the neighborhood to get the best fruits and vegetables at the Freshfarm market, and now we will be steps away. I can’t imagine a more perfect location. I believe many people love vegetables as much as I do, and I’m excited for everyone to try Beefsteak with its limitless possibilities and flavors!”

Joining Beefsteak on its mission to bring good food fast to the world is Pat Paterson, the brand’s newly appointed Executive chef. Pat joins Beefsteak with over 27 years of experience, over the course of which he has developed menus and support systems for a variety of full service and fast casual concepts. Most recently, Peterson was at Focus Brands where he led culinary research and development as VP/ Executive Chef for Moe’s Southwest Grill.

Beefsteak Dupont Circle is located in a historic building, originally built in 1923 and prominently situated on two of Washington, D.C.’s most recognizable street addresses. The space features spruce-colored flooring and tables, punctuated by vibrant blue and white ceramic tiles, hanging light fixtures made of white vegetable crates and a large mural of lush green farm fields in the back seating area. Guests are surrounded by a playful “vegetable universe” that cover the walls, created by award-winning Spanish artists Juan and Alejandro Mingarro and their design studio, Brosmind. The vegetable universe is most prominently displayed in a large mural that welcomes guests as they enter the space, where the avocado and lettuce vegetable characters are truly unleashed.” 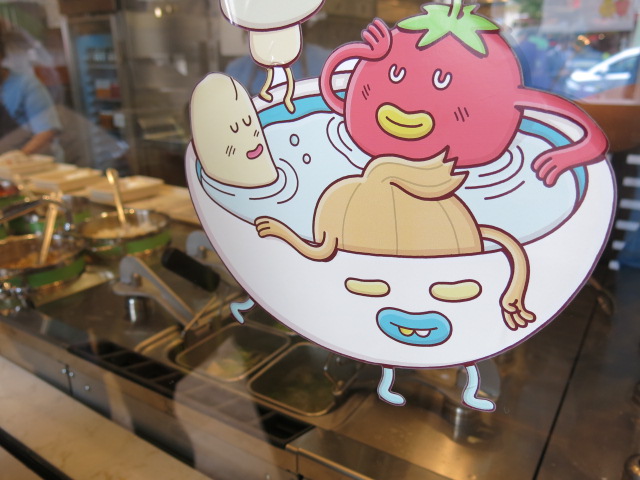