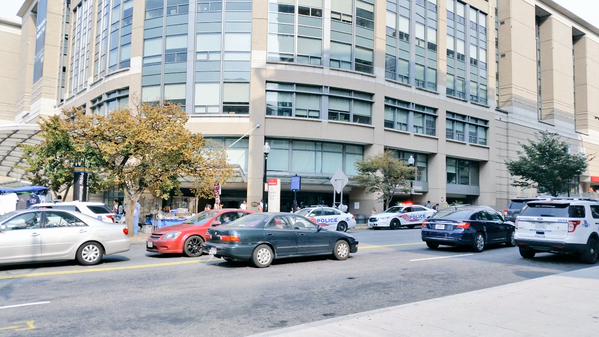 Photo sent to us by @foodiechinita

Just after 10am a reader witnessed:

“At least 6 police cars outside the Foggy Bottom metro. What’s going on?”

Another reader heard “Apparently a woman tried to steal a baby” and saw on twitter the following reports from @MattPaolillo:

“Someone just tried to steal a baby at the foggy bottom metro stop, I kid you not @wmata”

“Woman attempted to snatch the baby before arriving at FB. People tackled her, got the baby back, waited for police at the stop. @wmata”

“Just saw a man attack a baby on the metro and got arrested. A few of us subdued him. WTF is wrong with people. Def shaken up by this”