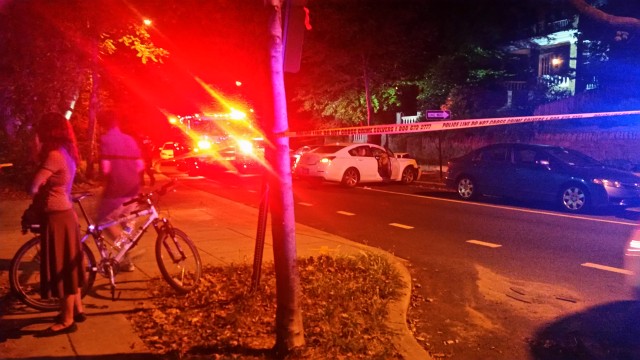 Ed. Note: Sorry for the delay in posting – was out of town Friday and Saturday.

“Wanted to alert you to a shooting that just occurred in Mt. Pleasant ~1800 alley between Irving and Harvard. Report is that a man was shot in the neck in his car. The shooter peeled away in a car and the victim apparently drove approximately 40-50 yards before crashing, as shown in the picture.” 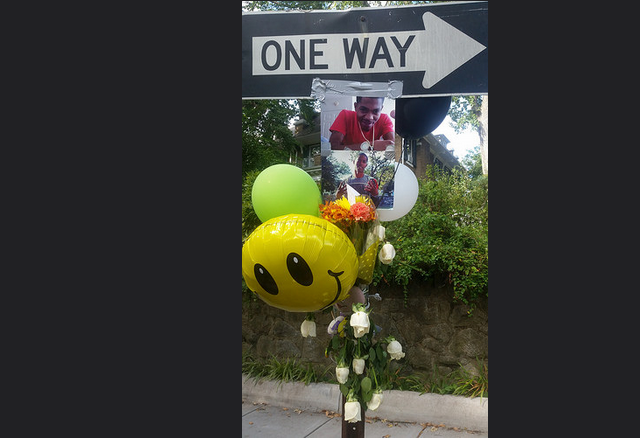 “Detectives from the Metropolitan Police Department’s Homicide Branch are investigating a homicide which occurred in the 1800 block of Harvard Street, Northwest on Friday, September 18, 2015, at approximately 7:44 pm.

Members of the Fourth District responded for the report of a shooting and upon arrival, they located an adult male suffering from an apparent gunshot wound. DC Fire and Emergency Medical Services transported the victim to an area hospital, where lifesaving efforts failed and he was pronounced dead.

The decedent has been identified as 25 year-old Charles Antonio Welch, of Fort Washington, Maryland.

Read more →
More Stories
A Beautiful PhotoHouses of the Day