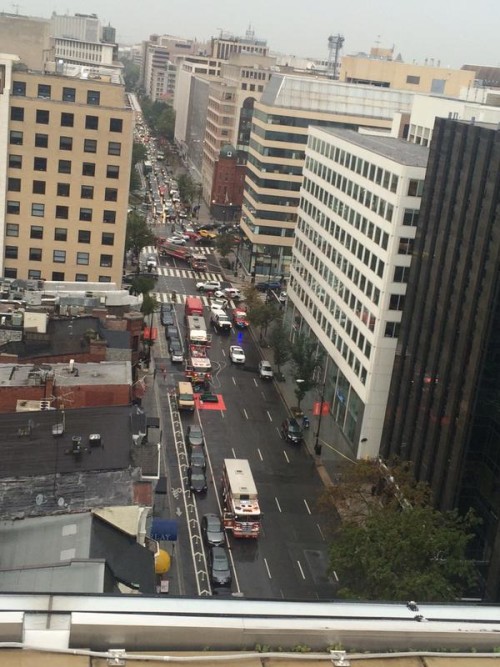 “​The situation has been resolved and the area is re-opening. Please be aware that there are still traffic back-ups in the area. Thank you for your patience.”

The Baseband sends an aerial view of the scene (above) at 5:20pm. 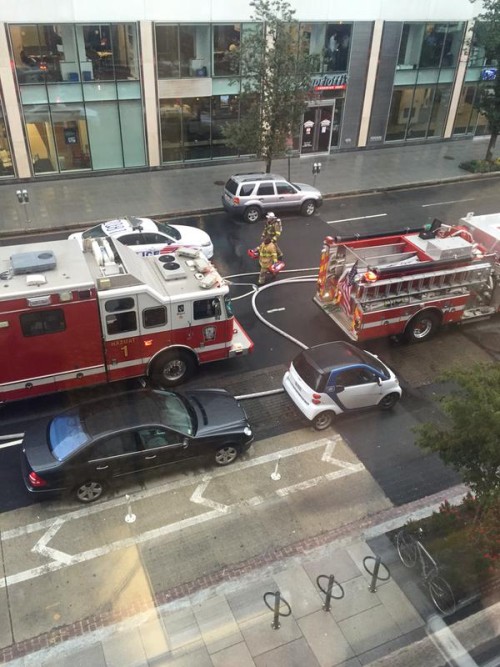 Gina Chirillo ‏updates us at 5:15pm:

“Two firefighters emerge with the two red toolboxes they went in with. Everything still at standstill.” 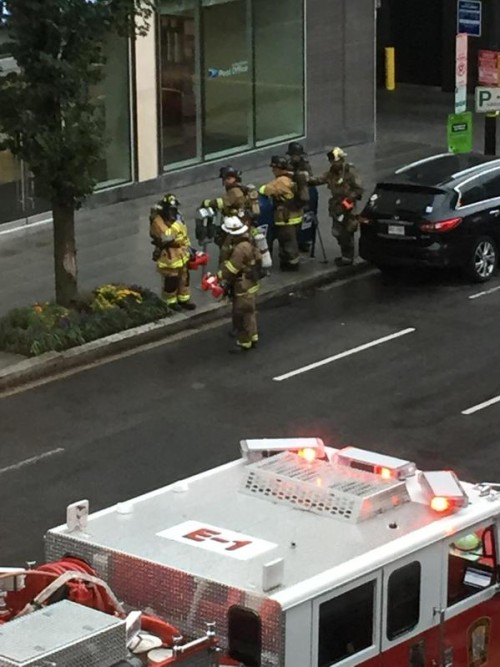 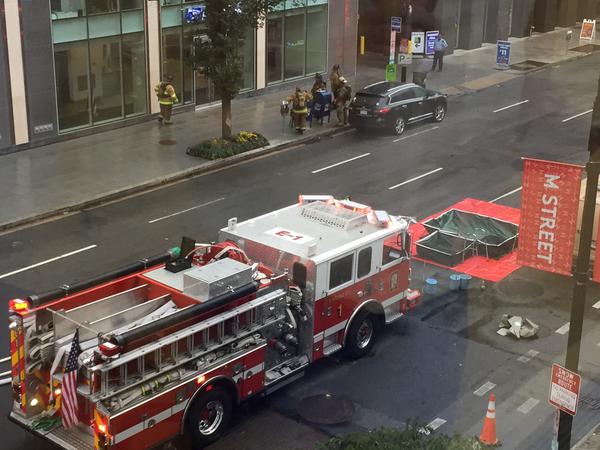 ElyseShaw ‏sends us an updated photo of the scene at 5pm. Also Decibels & Decimals reports:

“firefighters on the street giving thumbs up – waiting on action. #dupontcircle #suspiciouspackage” 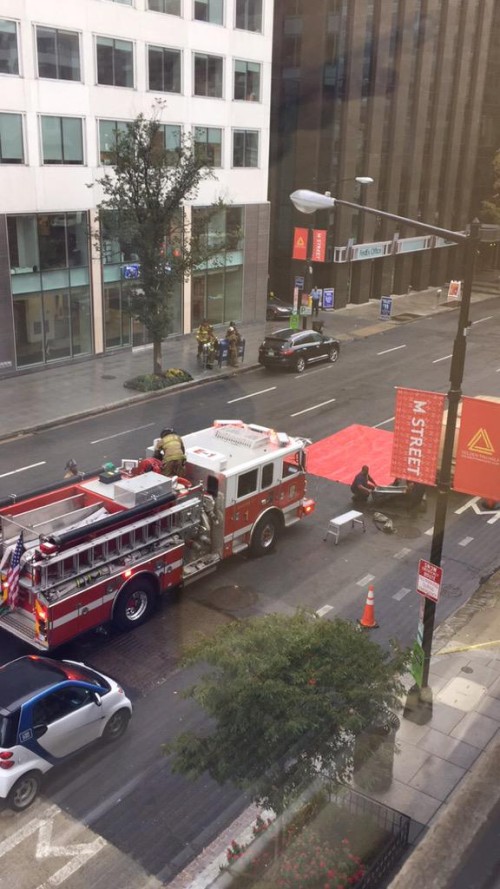 “Setting up a staging area?”

Another shot of the scene sent to us by Decibels & Decimals: 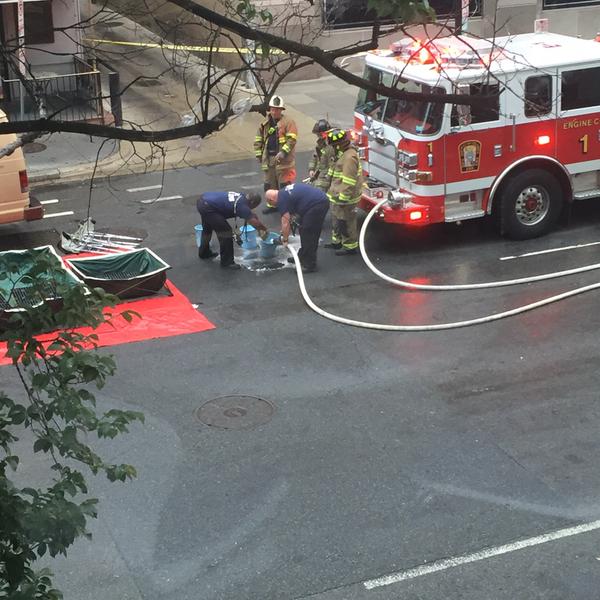 “Overhearing officers saying 6 people who have been “exposed” are being contained #dupont @PoPville “Suspicious package that is off gassing that has made several people sick” – officer on scene. Hazmat situation. 1800 M.”

@jenn_clark also tweets us a shot of the scene: 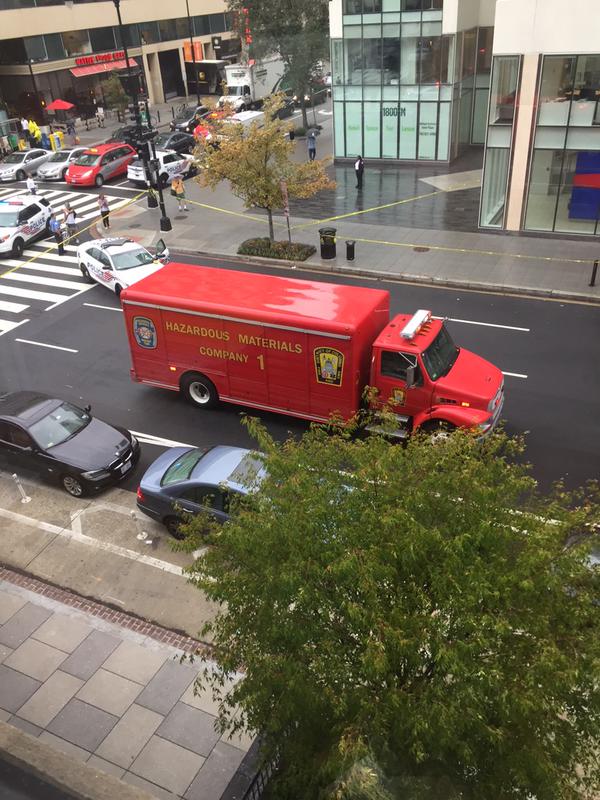 “There is police activity in the 18th and M Street NW area. Please avoid the area as all streets are closed at this time. We will keep everyone updated.”