Meanwhile in AdMo. Fire on Euclid between 17th and Ontario

Thanks to a reader for sending the video to the PoPville facebook page.

“a photo of the smoke from the fire at 17th & Euclid. This was taken around 8:15pm, shortly after the first firetrucks went racing by. Taken from the 16th & Columbia Rd intersection.” 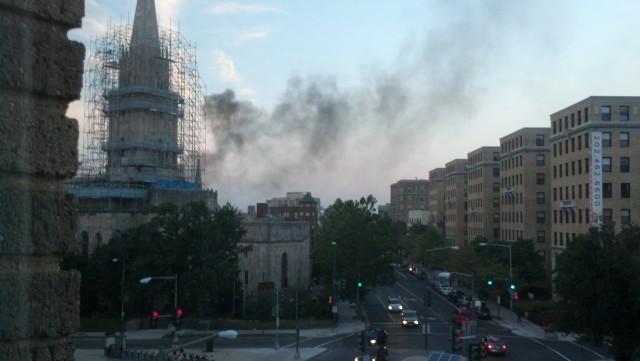