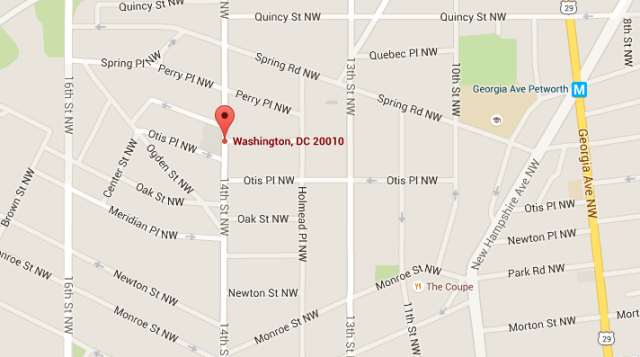 “The Metropolitan Police Department is seeking the public’s assistance in identifying and locating multiple suspects in connection with a First Degree Sexual Assault while Armed (Gun) that occurred in the area of 14th Street & Parkwood Place, Northwest.

On Friday, July 31, 2015, at approximately 8:00 pm, an adult male was approached by a suspect, forced into a white van at gun point, and sexually assaulted. One of the suspects is described as a Hispanic male, 6’1” to 6’2” in height, 22 to 27 years of age, slim build, with short black curly hair, and armed with a gun. He was observed wearing an orange shirt and grey sweat pants. Another suspect is described as an unknown male, heavy set, 17 to 19 years of age and light complexion. At least five other males of unknown descriptions were also involved.