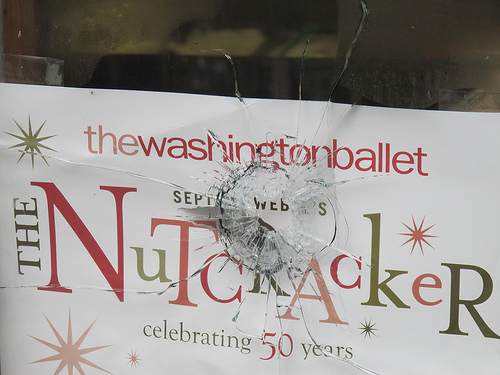 “Mayor Muriel Bowser’s failure to protect the citizens of the District of Columbia continues. Last week I wrote about the crime surge the city has seen. It’s only gotten worse since.

Matt Shlonsky was 23 years old, a 2014 graduate of American University and an employee at Deloitte. He was walking near the Shaw Metro station yesterday, minding his own business, when he was randomly killed, a victim of a drive by shooting in what has become a lawless Shaw community.

As an elected city official I call on the mayor to immediately implement a true plan, with specific actions, to take back our communities from the violent crime we’ve seen recently.

The following are ten simple strategies that could help right now. If I can come up with this list I expect our mayor and her leadership team in the executive branch can come up with an effective and comprehensive plan to solve this problem.

1. Use the bully pulpit of the mayor’s position to discuss with communities the importance of coming forward with information that could lead to the closure of open cases of violent crime. We must overcome the culture of a hero being labeled a snitch.

2. Increase the reward from $25,000 to $100,000 for information leading to the arrest and conviction of those responsible for homicides. Year to date the city has seen 93 homicides and more than half remain unsolved.

3. Re-introduce district-based plain clothes vice units. The Third District vice unit was responsible for 1,400 arrests and 100 gun seizures alone in 2014. Crime suppression teams, fully uniformed and in marked, and very visible, police cruisers, are unable to be as effective as the vice units were.

5. Set up zero tolerance policing zones where arrests will occur, without warning, to anyone committing any crime – including quality of life crimes such as drinking in public, prostitution, public urination, marijuana use, illegal gambling and the like.

6. Unrestricted police overtime. The police department needs as many officers on the street as possible to get us through the summer.

7. Curfew enforcement. The law says juveniles under the age of 17 shall be inside by midnight in the summer and that law needs to be strictly enforced.

8. The city needs to greatly increase the use of high definition surveillance and recording cameras and give grants to businesses willing to install exterior cameras and share the live feed with the police department.

9. The same people are getting arrested over and over again and it becomes a “badge of honor”, as one officer told me. We need to look closely at how many arrests are not prosecuted and what comes of those cases that are. The reality is a tiny portion of people commit the violent crime and we need to get them locked up for a long time.

10. All District agencies must work together to combat crime and the agency directors need to be held accountable. It should not have taken three months after a homicide across from Kennedy Rec Center in Shaw for DPR & DGS to get a contract for cameras executed.

The list above is only made up of short-term solutions to get us through the summer without more tragedies. The city must continue to work on long term solutions including increased and better programming at recreation centers, improvement of schools, job training and job growth.

I call on the city council to hold all city agencies accountable through oversight hearings and ensure all reasonable funding requests from agencies responsible for public safety are met now and into the future. Councilmembers also have a huge voice in the community and must speak out regarding this violence.

I call on my colleagues in the business community to stand by me and demand the mayor take immediate steps to combat crime before it negatively impacts our businesses.

I call on my fellow Advisory Neighborhood Commissioners to keep up the pressure. Don’t be afraid to speak out. Don’t let this issue slip when crime drops with the temperature. Demand that our leaders in the executive branch come up with long term solutions to what is an always anticipated rise in crime in the summer.

To our hardworking members of the police department, I hear you. I hear that you feel the neighborhoods and your progress over the years is slipping. Keep up your good work as the residents of this great city are behind you and we will not give up.

Read more →
More Stories
Random Reader Rant and/or Revel“my neighbor was robbed at gunpoint on her front porch…demanded her keys, then stole her car”