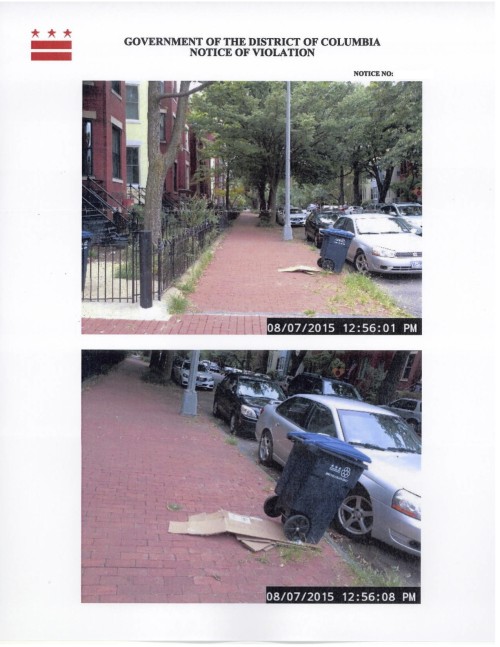 I live on Capitol Hill. I was recently mailed a $75 citation for littering. Enclosed were an abundance of photos of my recycling bin, which someone had emptied of cardboard boxes (my empty mail with my address) and taken for their use, leaving my labeled cardboard beside another bin. I see people wedging oversized recycling between bins daily, and have been taking pictures of it, along with overstuffed recycling, broken furniture, boxes of political books no one takes, and every other sort of recyclable junk sitting around.

In this instance, when someone took the second bin, they placed the only remaining bin on top of the boxes they have moved. We normally have three bins, but as soon as they are emptied, people move them into their yards. The cause of the issue in my case is so blatant, someone wanting a used bin for their residence, that it infuriates me to know DC has the gonads to send someone such an expensive citation for it.

It seems I either pay the citation or take off work to schedule a hearing, either way throwing away money. Between my girlfriend and I, we have had both our vehicles broken into, a bike stolen, and mail stolen from our porch. This is generally a safe neighborhood, but I find it ridiculous that this is what the police spend their time doing rather than keeping people and property safe. Generating revenue is so obvious in our neighborhood.” 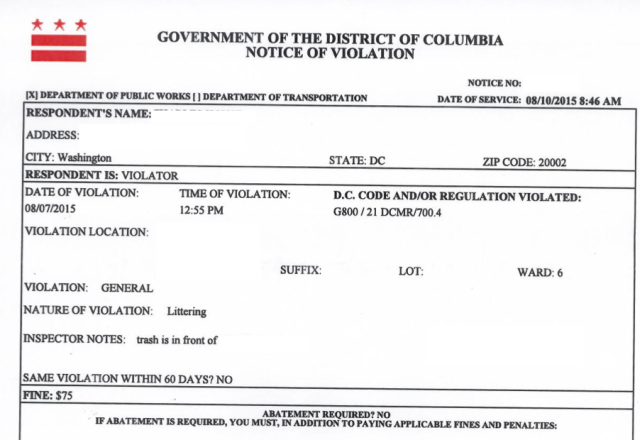