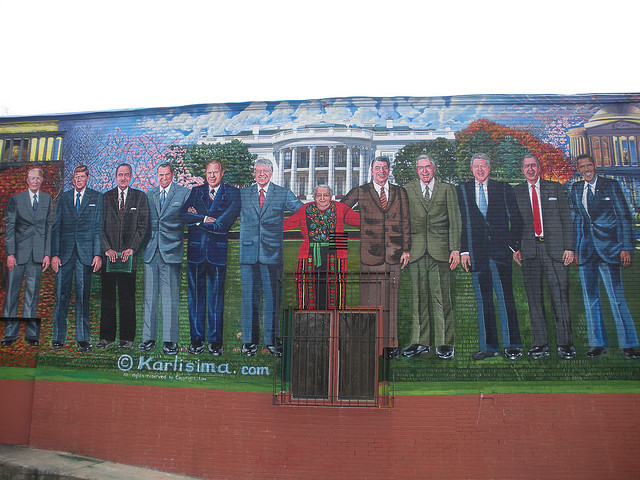 “Mama Ayesha came to the United States in the late 1940’s with a dream to own her own restaurant. After working at a few other restaurants in the city Mama (as she was affectionately known by those close to her) had enough money and opened the doors to the Calvert Cafe in 1960 (later renamed Mama Ayesha’s after her passing). The restaurant has since become a local favorite with everyone from former U.S. presidents to college students. In 2008 we embarked on a project with Karlisima Rodas, to paint a permanent mural in honor of Mama and the presidents our country has seen since we opened our doors. The mural would be of Mama in the middle, with arms wide open welcoming the presidents to our great city. It took Karlisima three years to complete the project with assistance from her family, us here at the restaurant and with grants from the DC Commission on the Arts and Humanities who helped partially fund the project. Unfortunately last night our mural was vanadalized by an unknown person(s) with a paintball gun. We are now tasked with the challenge of cleaning the mural without further damaging it, we turn to you our friends, family and the greater Washington DC community in asking for your assistance in helping us achieve this. Thank you all for your help. 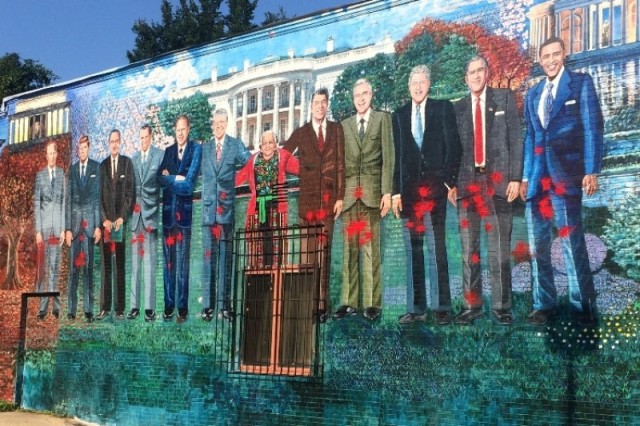 Update #1 Thank you to everyone who has donated thus far. We would like everyone to know that if there are additional funds following our clean up of the mural, we will donate them to cleaning up graffiti around our city!”