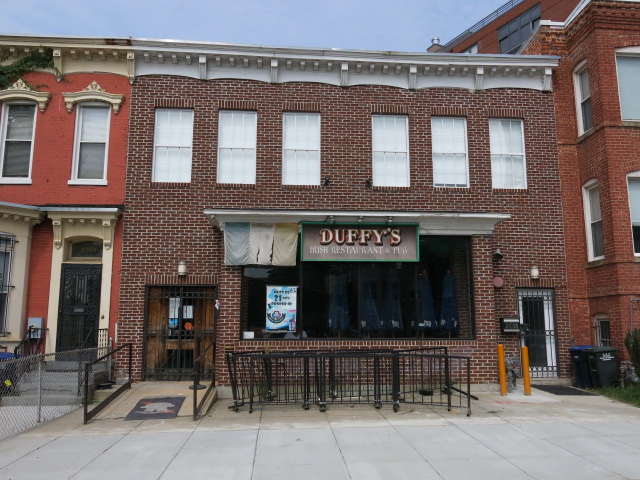 “Andy Duffy returns as general manager, promising the same tasty wings doused in his secret recipe, the same award-winning Fish and Chips, the coldest beer in town and, of course, the Nats on TV.

New owner Casey Callister has signed a lease for the old Vermont Street location, but he will entrust all operations to Duffy. Callister owns DC-based Garden Thieves Pictures, which has produced several successful independent documentaries including Ballou and Fagbug Nation. ”

I type this right now from the Dart Room in Duffy’s. We are almost ready to open the doors, but we need your help! ~ andy

Be a big part of the Duffy’s reopening, please view our campaign:

OK, I screwed up. I gave away too much free beer, put my customers first and paid my landlord every month, well almost every month. However, the Pub was just not making enough to cover all the debt that remained from the early years of Duffy’s. Eventually I had to close it down. It was the worst day of my life.

Broke as can be, I went to Florida , where the living is cheap and got a job waiting tables. But now I’ve had enough sun and sand. I have a great opportunity to reopen Duffy’s this fall. This campaign is just about asking for a little help to get one of DC’s best neighborhood bars back open again. I am not asking for donations, I am just asking for your advance patronage. Be a part of the rebirth of Duffy’s!