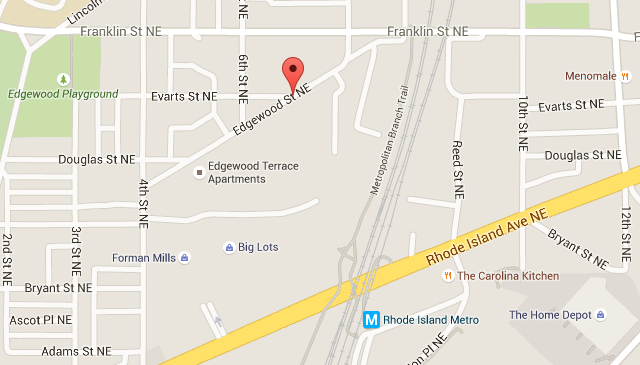 From MPD around midnight:

“Fifth District members are currently investigating a shooting that occurred in the 600 block of Edgewood St. N.E. The victim suffered gunshot wounds to the arm and leg. The suspects were described as three black males driving a tan sedan that was last seen fleeing eastbound on Edgewood St. N.E.

A few blocks away:

“The Fifth District is currently investigating a shooting that occurred at approximately 8:35 p.m. in the 200 block of Cromwell Terrace N.E. The victim sustained a gunshot wound to the leg. The suspect was described as a black male, wearing blue pants and a blue shirt.”

Ed. Note: On July 18th Four Men Shot, including one who died on the 600 block of Edgewood St, NE.