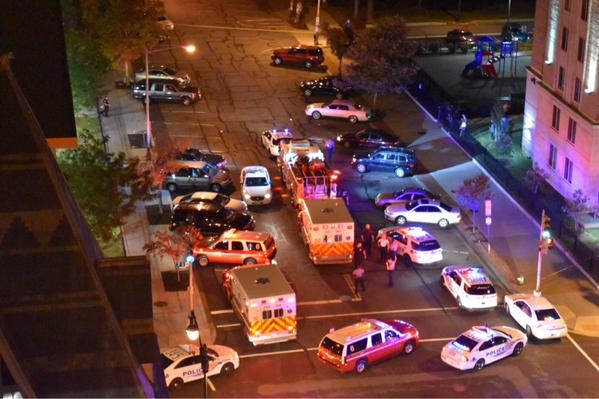 “The third district is investigating a shooting that occurred at 6th and O St., Northwest

Anyone with information is encouraged to call the Metropolitan Police Department on 202-727-9099.”

@RyanSPowers tweets us the photo above:

“@PoPville Drive by 7th and N NW DC. Kid dying on the sidewalk. Police on scene.”

“Three people reportedly shot at the park on o between 6 and 7 massive police presence.”

“Another shooting at 7th and O Street NW.

Multiple shots fired. O street is shut down between 7th and 6th.

“We heard a series of gunshots from our apartment at City Market at O and went onto the roof to see heavy emergency personnel presence (fire truck, ambulances, police). Residents on the roof say it was a drive by and one man was down on the ground and taken away.”