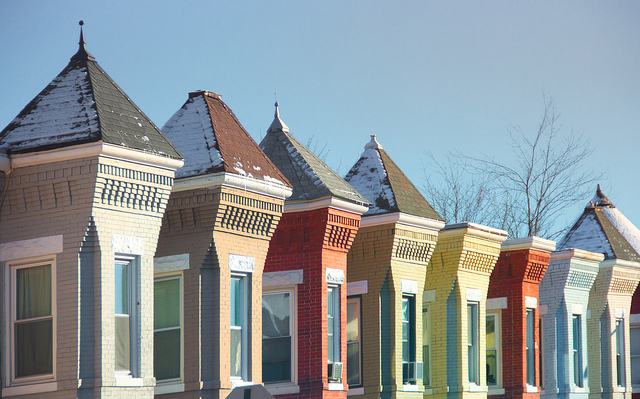 Saturday evening just before dark, something scared the bejeesus out of my cat, and he came barreling in from the walled garden behind our townhouse. I looked out and noticed two 20-something men looking down from the roof of my neighbor’s house. One of them spotted me and motioned for for me to be quiet. Hinkey.

I dialed my neighbor first (no answer) and then called 911 while my partner went to check out the situation. He saw a couple guys who looked similar to the ones on the roof (buzz cuts, really dirty hands) and followed them as they circled the block and then went down the alley that runs behind our houses. When he confronted them (brave) and asked what they were doing, they replied that they were “freerunning” which I later learned was a form of Parkour. Apparently, they play a game of hide-and-seek on rooftops and in alleys.

Such a bad idea. I live just a few houses from Homeland Secretary Jeh Johnson, who has a 24-hour security detail. Of course, there are dozens of agents on similar details all around the neighborhood. In this case, the group got a minor lecture from a 50-something couple, but I shudder to think what the outcome would have been had they decided to climb up onto the secretary’s roof. My hunch is that an arrest or beat-down by the agents would have been the best possible outcome.

The police who responded (after the kids had bolted) said that freerunning is a thing. If you know someone who is taking part, they would be well advised to keep it at street level and off of private property.”