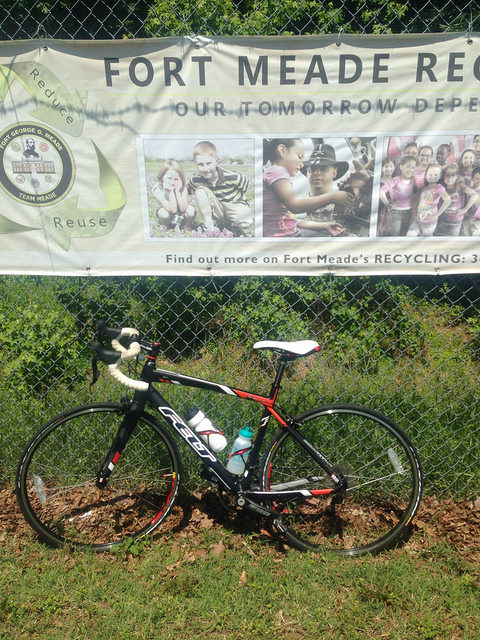 My house up on 14th and Quincy NW was recently robbed while all me and my roommates were asleep. The robber(s) ended up ripping the security bars off of a first floor window and got in through there. We think it must have been a single person, as pretty much only a bike and laptop was stolen. We’ve contacted police and are keeping a vigilant watch on craigslist and the MPD lost and found. Figured we’d appeal the the PoPville as well!

We’re particularly gutted about both the bike and the laptop. The laptop, which is a mid-2009 macbook in a white hard shell incase branded case belongs to my roommate. This laptop had all my roommates school work and photos on it, which she had not backed up.

The bike is a 2014 Felt Z85 that I bought for the purposes of the Bike to the Beach charity ride. It’s more or less brand new and is pretty much the stock configuration from when I got it from bicyclespace. The only unique identifiers would be the black and red Ibera bottle cages and the shimano clipless pedals.The left side of the top tube also has some light scratches on it from a fall.

If anyone sees the laptop or bike, please get in touch with me at dbmaydoney(at)gmail.com. I will buy anyone who helps recover the bike/laptop all the beers!”