Get our email!
Search
police, U Street 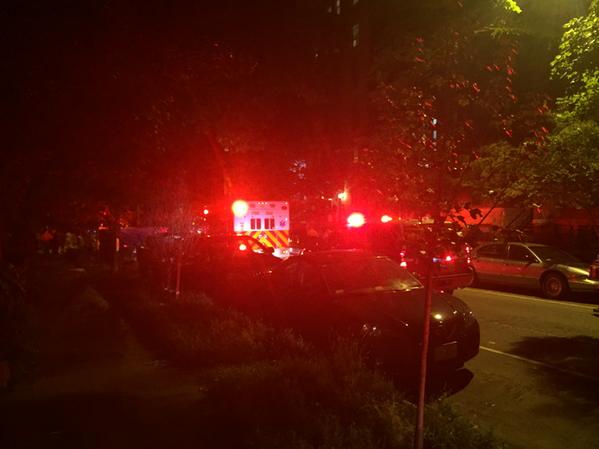 “Detectives from the Metropolitan Police Department’s Homicide Branch have announced an arrest has been made in the homicide that occurred in the 1400 block of T Street, NW.

On Sunday, June 7, 2015, at approximately 9:23 pm, members of the Third District responded to a call for a reported stabbing. After arriving on the scene, Officers located four victims suffering from stab wounds. DC Fire and EMS responded to the scene and transported three of the four victims to local hospitals. One of the victims transported to the hospital, an adult female, succumbed to her injuries and was pronounced dead.

The decedent has been identified as 64-year-old Santos Ventura of Northwest, Washington, DC.

On Sunday, June 7, 2015, 70-year old Manuel Antonio Ramos of Northwest, Washington, DC, was arrested and charged with First Degree Murder while Armed in the stabbing death of Ms. Ventura.”

“@PoPville something major going on T St between 14th and 15th lots of EMS, fire and police!”