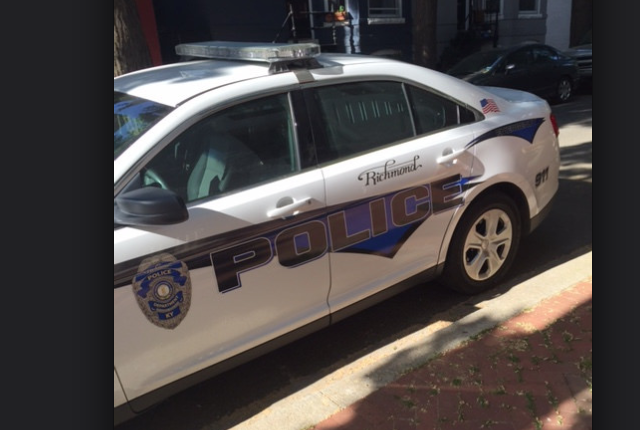 “As I was walking home from work yesterday along Swann Street NW between 16th and 15th Streets, a cop car drove up slowly next me and yelled ‘Hey Neighbor!’ I looked at the car and there were 2 young-ish looking cops and I replied ‘Are you talking to me?’ and they said ‘Yeah, good looking’ well I continued to keep walking ignoring that idiot remark, shaking my head as I went and could hear them laughing. This was a little too creepy especially for cops (in uniform), and I definitely did not appreciate it. I took photos of their car (which is now parked on Swann Street NW) – see the attached, Kentucky license plates, and it says Richmond. Why are Richmond, Kentucky cops doing here? And why are they being obnoxious? Idiots…”

Ed. Note: This week is police week.”Currently, tens of thousands of law enforcement officers from around the world converge on Washington, DC to participate in a number of planned events which honor those that have paid the ultimate sacrifice.”

OP has written the Richmond, KY police department about this incident as well.