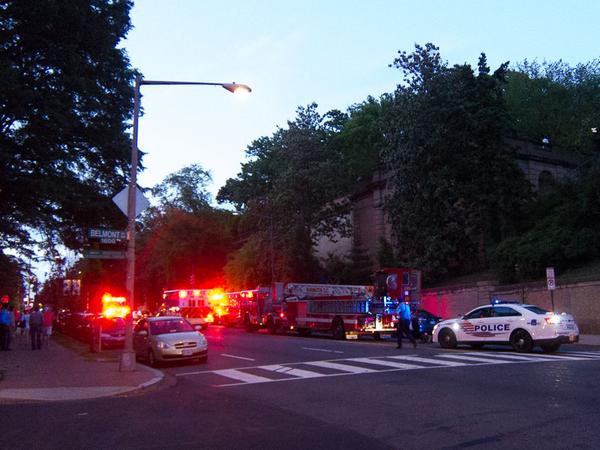 On Sunday (5/17) around 8:15 p.m. a man fell from the upper level of Meridian Hill Park, on 16th Street just south of Crescent Place. He landed on the concrete wall next to the sidewalk on 16th. According to witnesses, he was breathing when he landed and then stopped. I saw someone give him CPR until emergency services arrived and there were a number of shocked witnesses standing around – it was a grim scene. He was eventually taken away in an ambulance.

I can’t stop thinking about the victim and wondering whether he made it. :( There haven’t been any news reports as far as I can find. The drum circle was still in full swing up there at the time of the accident – did anyone else see it happen?”

On Sunday a reader tweeted us the photo above: