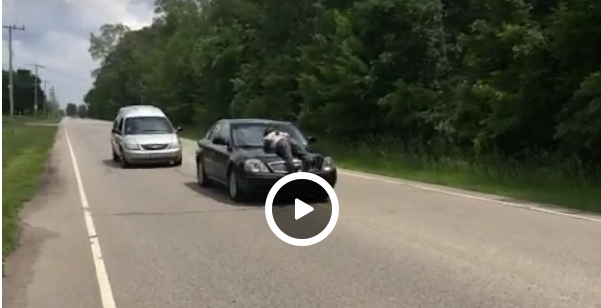 You can watch the vine here.

I have to admit I’d never heard of this. From this morning’s rant/revel:

“RANT: A bunch of teenagers paraded down my block last night playing “put em in a coffin.” For the uneducated, they film themselves body slamming and denting your car hood. My car appears unharmed, but there are dents in half a dozen cars on my block, some pretty bad.

RANT: So far, it appears they got away with it. The police responded quickly but couldn’t find the d***bags who did it.”

““Put ’Em In a Coffin” is a Vine video fad in which the participant hurls oneself onto the flat surface of an object or fixture, most typically on a crowded table or hood of a car, while facing the opposite direction with both arms crossed.”

Anyone else seeing this in their neighborhood?