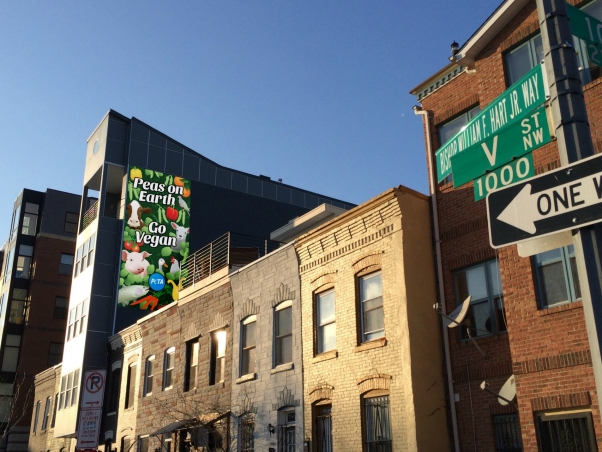 “A five-story pop-up house on V Street is so hated by its neighbors that it’s commonly called “the middle finger” and has even been tagged as “the monstrosity” on Google Maps—but PETA believes it can vastly improve the building’s image. In a letter sent this morning, PETA offers to wrap the side of the building with a colorful mural that encourages, “Peas on Earth.”

Read more →
More Stories
“Are they open on Mondays or closed?”Disaster Narrowly Averted at Petworth Spray Park: “It was a nearly full jug of muriatic (hydrochloric) acid with no top on it!”