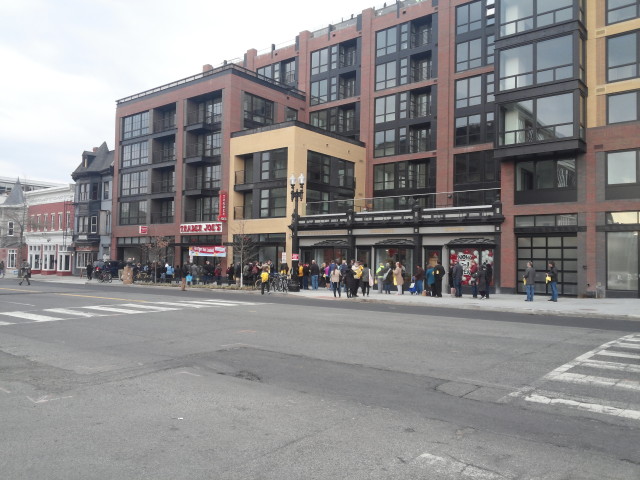 I was struck by a car during on Monday morning and wonder if any PoP readers witnessed it. At 9:10 a.m. I was riding south on 14th Street in the bicycle lane near Trader Joe’s. I was going about 15 miles per hour when a silver SUV drifted into the bicycle lane, side-swiped me, and threw me off my bicycle.

After the crash, the driver moved his car into the center of the road so it would appear that I was at fault; he got out of his car to take photos of his car, while I lay bleeding and stunned in the road. Someone called the police and I was taken by ambulance to the emergency room where I got a lot of stitches.

I hope this won’t devolve into the typical cars vs. bikes ballyhoo – I was being a safe, law-abiding, and cautious, but was wrongly cited nonetheless. If anyone witnessed this incident I would be very grateful if you would contact me at [email protected]”