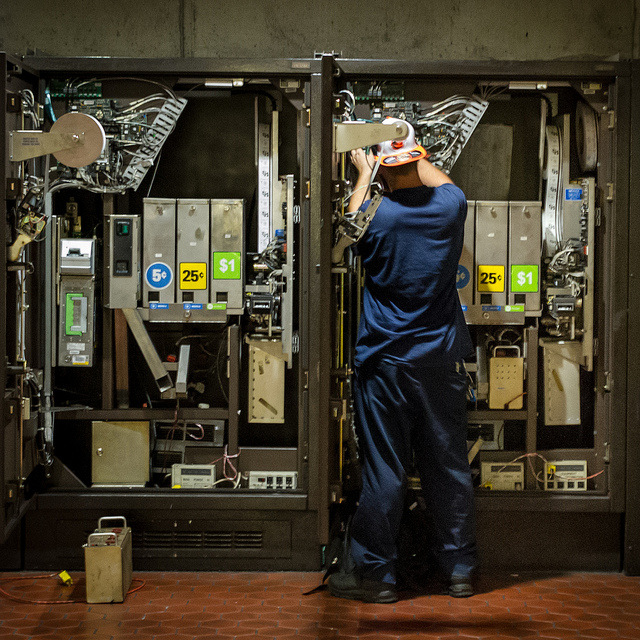 About 4 PM I stopped by the Columbia Heights metro to add value to my smart card. There were the usual machines out of order or flashing messages like NO BILLS or NO CHANGE but I spotted one that looked like it was working okay. So I touched my card to the machine and started to put in a $20 bill when a man standing on my right said “Don’t put that bill in.” As I turned to him he slipped a metro card into the machine and I saw my total value jump $20 as the man said “Touch your card again.” I did so and the value was added to my card. This was all a bit confusing until the man said “Give me $20. I just added $20 to your card.”

That seemed undeniable and I did have $20 in my hand but being suspicious I asked the man if he was with Metro. He said he was and asked me if I wanted to add more value to my card. That’s when I saw he had several paper Metro cards in his hand. I gave him the money but decided not to add any more to my card. Instead I went over to the station manager’s booth and asked if there was something wrong with the fare card machines. When they said “No” I told them what had happened and asked them to check the value on my card. The $20 was there. Another metro employee in the booth said I was lucky and asked if the man I talked to was wearing a metro uniform. (He wasn’t).

So maybe he had real metro cards he was trying to sell or maybe they were faked or stolen cards.

Anyway just a new one on me and I wonder if anyone else has had this experience.”