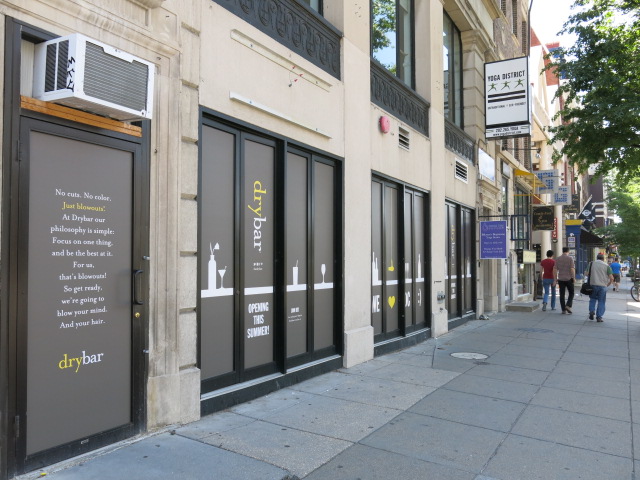 Ed. Note: This is the former Custom Fuel pizza location and Potbelly before that.

“After much anticipation, and as a result of the popularity of its shops in Georgetown and Bethesda, Drybar will open its third and fourth DC area locations this summer. Drybar’s refreshingly simple concept: “No cuts. No color. Just blowouts” has captivated a legion of loyal clients across the country. Now Drybar is heading to one of the most historic neighborhoods in our nation’s capitol (Dupont Circle) and is also settling into the hub of downtown (Penn Quarter). With additional openings on the horizon in NYC, Chicago, LA, and Denver, Drybar is on track to have over 50 locations nationwide by the end of 2015.”