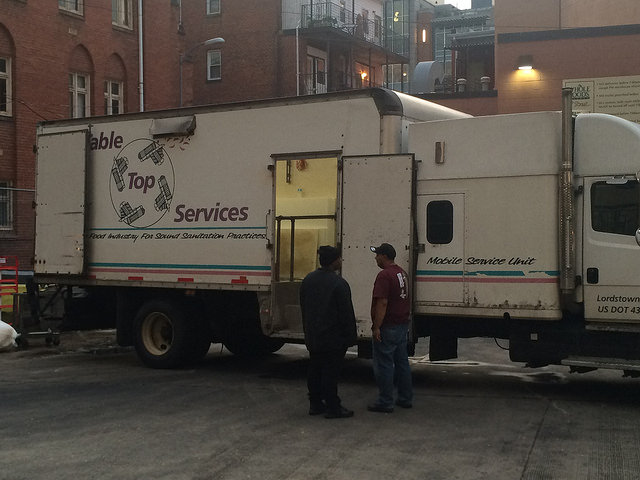 I live in the building directly behind the P Street Whole Foods, a store that prides itself on being a good neighbor. In the back of the store, 10 yards from my building, a truck called “Table Top Services,” has been parking. It’s a pop-up industrial shop where workers are making cutting boards for Whole Foods. Hour after hour they are sawing through thick plastic. Tuesday night they worked until 8pm. A gentleman from the building next door joined me because he is similarly fed up – saying they were out there working Sunday until 11pm. He also took photos and videos as documentation.

There are a significant number of young families with babies in the building as well as people who work at night, not to mention those just trying to hear each other over dinner at home. Surely an entity such as Whole Foods could find a commercial or industrial space to make their cutting boards that isn’t in an alley backing up to four large apartment buildings.

The police said that there is nothing they can do before 10pm. What other recourse is there? I of course understand when the occasional construction projects needs to be completed to update infrastructure, utilities, etc. But, a mega grocery store making cutting boards out of a pop-up truck? Come on.”