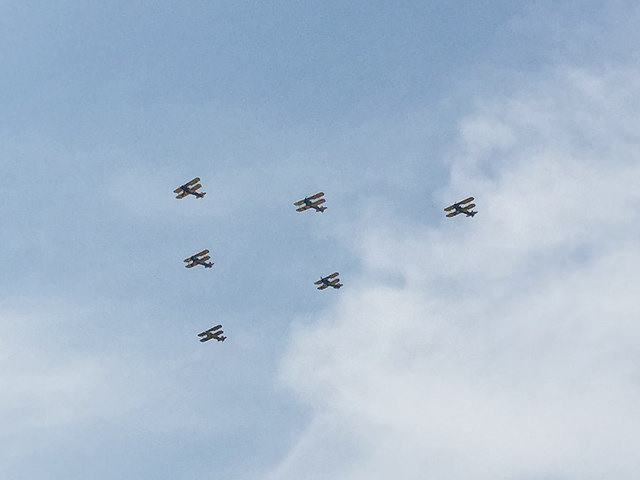 “Seventy years after Allied forces won the world’s freedom in Europe, 56 vintage World War II airplanes celebrated Victory in Europe Day in a tremendous display of airpower and history before a crowd of thousands gathered along the National Mall in Washington, DC.

The Arsenal of Democracy: World War II Victory Capitol Flyover included aircraft flying in 15 historically sequenced formations that represented the major battles of the war, starting with Pearl Harbor and ending with a missing man formation led by Congressman Sam Graves (R-MO) in a TBM Avenger, the same model of airplane former President George H.W. Bush flew when he was shot down overseas.

Under a nearly perfect sky, the event honored the men and women who flew and fought in the war, and those at home who manufactured the planes, ships, and tanks that allowed the Allies to secure victory. Among those in attendance for the historic flyover were more than 400 veterans of World War II, drawn to both the commemoration of VE Day and the unprecedented display of vintage military aircraft. For many, it was the first time they had seen these types of airplanes since they saw them over the skies of Europe and the Pacific more than seven decades ago.

The planes flew at 1,000 feet, making them easily visible to onlookers from the ground. A live webcast provided narration about the planes and their role in the battles to Americans across the country. All of the airplanes returned successfully to either Manassas or Culpeper Regional Airport except for one that made a precautionary landing at Reagan National Airport.” 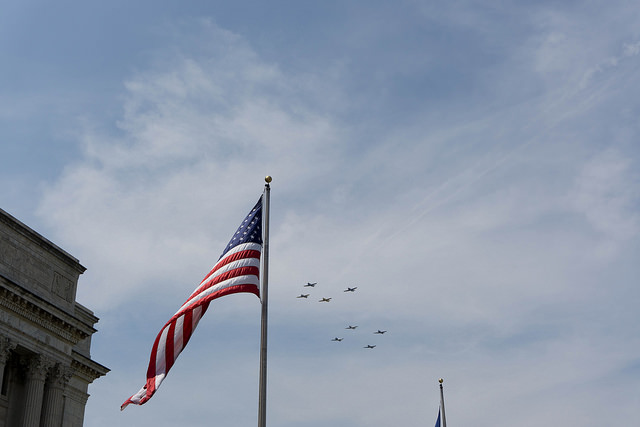 more stories
Previous
Anyone know if “if DC laws require condos and/or apartment buildings of certain sizes or generally to have evacuation plans”?
Next
Rental of the Day – Truxton Circle/Shaw