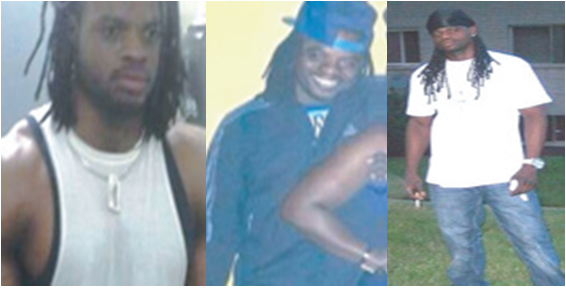 “Detectives from the Metropolitan Police Department are seeking the public’s assistance in locating 34-year-old Daron Dylon Wint in connection with a quadruple homicide which occurred on Thursday, May 14, 2015, in the 3200 block of Woodland Drive, Northwest. He is wanted pursuant to a DC Superior Court arrest warrant charging him with Murder One while Armed.

The Metropolitan Police Department currently offers a reward of up to $25,000 to anyone who provides information which leads to the arrest and conviction of the person or persons wanted for any homicide committed in the District of Columbia. Anyone with information about this case is asked to all police at (202) 727-9099.”

“The stunning break in the case came after police matched Wint to DNA found on the crust of a Domino’s pizza that had been ordered to the house the night of May 13, as the victims were being held, according to three law enforcement officials with knowledge of the investigation”