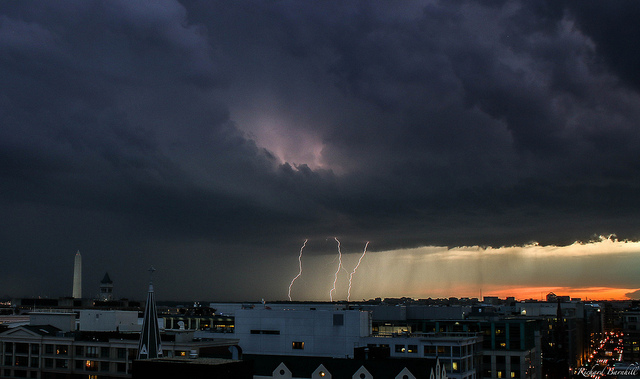 OH MY GOSH. Did anyone else witness the world’s biggest asshole driving down 14th last night/this morning?? [going south past Taylor and Shepherd]

I was awoken by persistent honking around 3:00am. Living on 14th Street I’m used to being woken up by car alarms, sirens, and even the occasional drunk person yelling, however last night was probably the most ridiculous thing I’ve witnessed since I moved to the city. A pick up truck with Maryland plates and what looked like construction equipment in the bed of the truck was driving at a snail’s pace (probably > 5 MPH) and deliberately preventing anyone from passing him. The driver was swerving into oncoming traffic so people couldn’t go around him, and when drivers behind him would honk, he so kindly responded by holding down his horn as if it were all just a fun game. He also came to a complete stop a few times, as if to let people go around him, but when cars would try, he would swerve in front of them again.

To make matters worse, while cars were lining up behind him, I saw him leaning out his window to talk to a group of people who were walking up 14th (not sure if he was harassing them, or if they also thought it was a hilarious game to play at 3:00 in the morning). All of this continued for as long as I could see him from my window, and I could still hear the honking for a few minutes after.

In no way do I blame the drivers who were honking at him; I definitely would have done the same thing. It’s the fact that even at 3 in the morning 14th is a busy street, and yet someone would still act so recklessly just because they think it’s funny. It’s astonishing.

I realize there’s not much we can do at this point, but I’m just curious if anyone else saw this all go down?”

Read more →
More Stories
Happy Monday – Panda Breeding Season Has Arrived!DC has “has halted all DNA testing and the District is in the process of identifying third party labs”