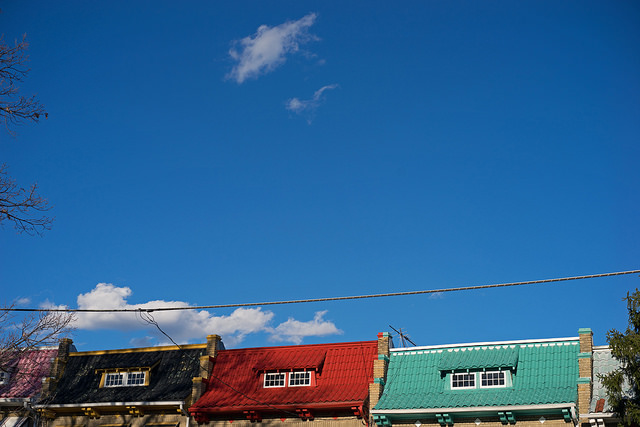 Scammer:
A man (description: mid 40s, short, chubby, African American) came to my door around 9 p.m. on March 26 claiming to be my neighbor from four doors down. He said he was short $38 to pay for a locksmith. He said the police refused to assist him and bemoaned how they used to back in the day. He gave a generic name (Mr. Nesbit, I think) but I did not recognize him or the last name from my block. Given the various of money-seekers with bogus stories that have come to my house since moving to Petworth I declined to give him any money.

My wife suggested offering to pay with my credit card and telling him that since we were neighbors I trust he would pay me back.

Package Thief:
I saw a man (description: mid 40s, short chubby, African American) pacing in front of my door around 5 p.m. on March 30. He walked away and I went to the door to see what was going on. I saw him casually kicking a box down my steps while he glanced left and right. When he had kicked the box to the gate at the sidewalk I asked him what was up with the box. With the box at his feet he literally said to me “what box”. A back and forth ensued with him claiming to not see it on account of his blindness. He then said he was looking for his friend John’s house and mumbled some address that was four blocks to the north. He kept on with the blind argument, then claimed to be handicapped. He went as far as to produce his “handicap papers” to demonstrate his truthfulness. I picked up the box and he waddled off to the south.

I thought they might be the same man but I cannot say so with much certainty.

Talks like he is out of breath, sweating on his forehead, says he is locked out of his house on the next block, his money is inside his house, the locksmith is waiting to open his door but he needs $38’s more to get the door open; begs for the money and says he’ll be right back with repayment just as soon as he gets entry to his house.”

Read more →
More Stories
Chez Billy’s New Back Patio Opens 5:30pm TodayAnyone Else Having Problems with Self Check Out Pricing at Harris Teeter?