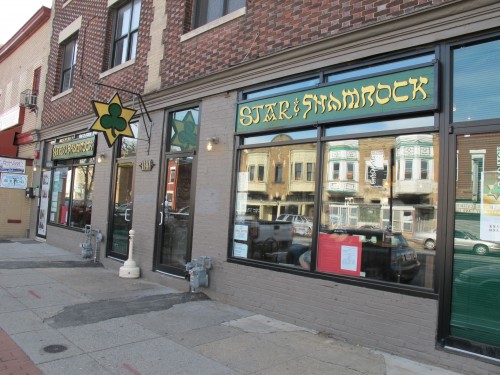 “Easter is linked to Jewish Passover by more than just yearly calendar proximity. In many languages, the words for “Easter” and “Passover” are identical, with both symbolically celebrating spring, hope, and rebirth, regardless of religion. In their long-continued tradition of bringing together people, cultures and religions, Washington DC’s premier Jewish-Irish bar/restaurant announced today plans to again make this connection with their first-ever “Lamb-a-palooza” Easter Meets Passover holiday weekend celebration, as part of their month-long Spring Shenanigans Simcha Festival.

Star and Shamrock’s famous frontman, co-owner, Jason Feldman, offered, “We have always stuck by the notion that there is more in common with these two cultures than most people think. We love celebrating the similarities with a bit of irreverency. Star and Shamrock’s story is more than just kitsch, it’s about our traditions and history. So, if you’re wondering whether you should go to Easter dinner at your mother-in-law’s during Passover or if it’s okay to eat matzo and peeps, our ‘Passover Meets Easter Lamb-a-palooza’ has your answer.”

For additional information on this and other Spring Shenanigans Simcha Festival celebrations, such as Star and Shamrock’s upcoming five-year-anniversary party on the weekend of April 16th, as well as various smaller parties in between, please visit www.StarandShamrock.com/SpringShenanigans.”