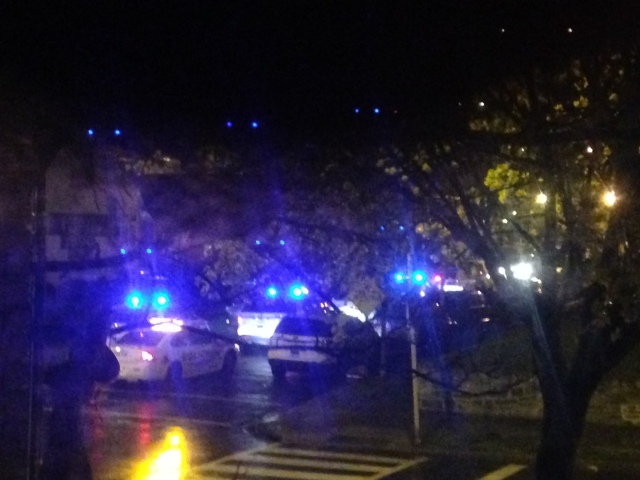 “Don’t know what’s going on but wanted to give you the heads up of huge police presence on Quincy St between 13th and 14th. At one point I counted 12 police cars. Never heard sirens, though.”

“On April 16, 2015, at approximately 11:46 PM, Fourth District Officers were flagged down in reference to an armed robbery (knife displayed) that had just occurred in the west alley of the 3900 block of 13th Street, NW. Pursuant to eyewitness information, four suspects were stopped by police officers in the 1300 block of Randolph Street, NW. The two victims of this offense were robbed of their cellphones and wallets.

As a result of the police investigation, three juvenile males and one adult male were arrested and charged with Armed Robbery (Knife). During the investigation, the respondents/ defendants were found to be in possession of the victim’s cellphone’s and wallets.

Anyone with information regarding this offense is asked to call the MPD Command Information Center at 202-727-9099. Thank you!”