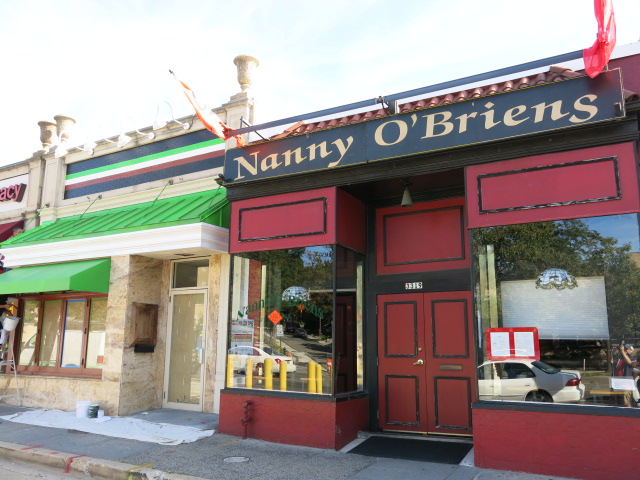 “Tonight, Thursday, April 23rd join Nanny O’Briens and our friends from Evolution Craft Brewing Company and Flying Dog Brewery starting at 6pm for a tap takeover featuring a friendly competition for Imperial IPA supremacy. Flying Dog’s The Truth and Evo’s Lot 6 will both be on tap and YOU will get to vote and decide which hop-bomb is the bombiest. The rest of the tap list includes Evolution Imperial Russian Rise Up Stout, Flying Dog Supertramp Tart Cherry, Evolution Haymaker Strong Ale and Flying Dog Dead Rise Old Bay Ale. Kristi & Nate, representatives from both breweries will be on hand with beer gear and the rep whose beer gets the least amount of votes will have an embarrassing challenge to complete.”