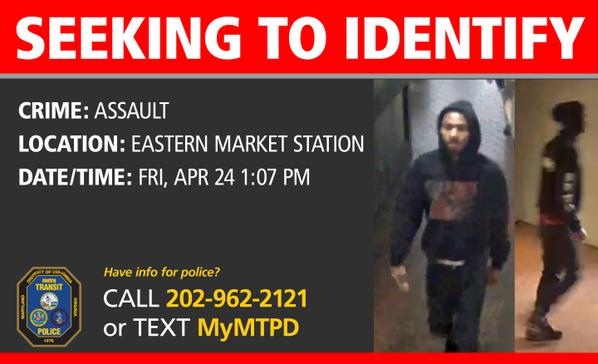 “The Metro Transit Police Department is seeking assistance in identifying the below pictured individual as part of an investigation into an Assault that occurred at Eastern Market Metrorail Station on Friday, April 24, at approximately 1:05 p.m.

Incident Summary: The victim, a 69-year-old male, reports being pushed by an unknown male suspect while exiting the train. Subsequently, the victim and suspect engaged in a verbal altercation on the escalator. The suspect then punched the victim in the face with a closed fist. The victim was transported to a local hospital for treatment of his injuries.

There are no current warrants for the individual pictured below in reference to this case. 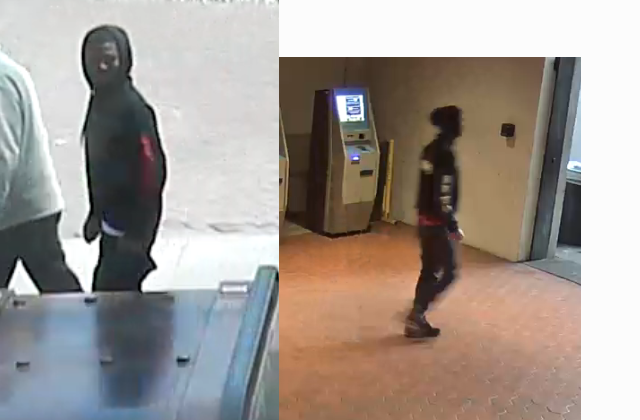