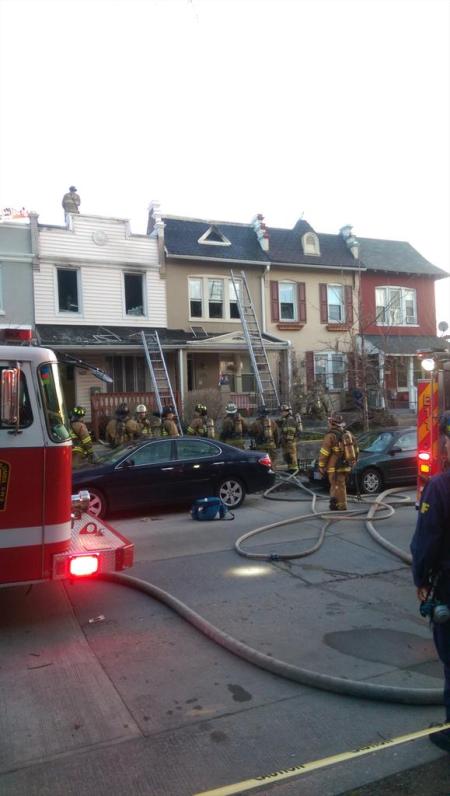 Thanks to all who tweeted and emailed us.

@Jcalhounk tweeted the photo above around 6:45am:

“@PoPville residential fire on Kenyon between Sherman and 11th. At least 5 engines but it looks like it’s almost out.”

“The Metropolitan Police Department is investigating a death that occurred in the 1000 block of Kenyon Street NW. On Monday, April 6, 2015 at approximately 6:26 am, members of the DC Fire and Emergency Medical Services responded to the report of a house fire in the 1000 block of Kenyon Street, Northwest. An adult male and an adult female were found during fire suppression operations. Both victims were transported to a local hospital for treatment. The adult female succumbed to her injuries and was pronounced dead. The adult male was admitted to the hospital.

The decedent has been identified as 81 year-old Tillie Jones of Northwest, Washington DC.

The case is being investigated by members of the Arson and Explosives Task Force, which includes members from MPD, DCFEMS, and the Bureau of Alcohol, Tobacco, Firearms, and Explosives.”