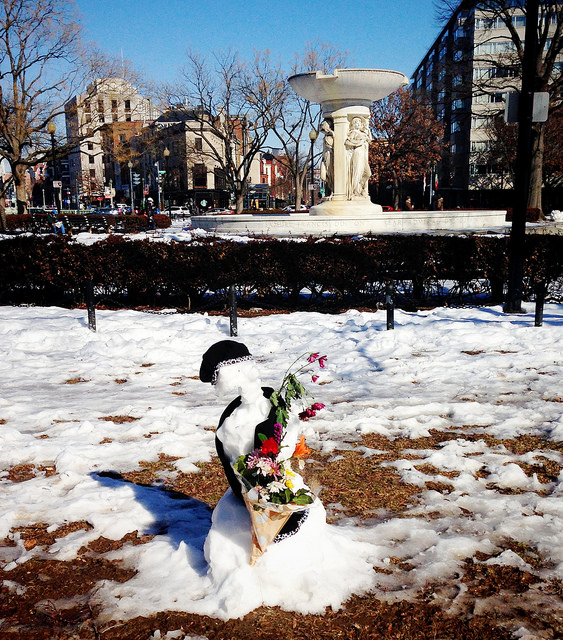 “Dupont Circle Park is where it all began five years ago. We wanted to kick off our 2014/15 season over there last month, but were thwarted by National Park Service snow plows. This time, If we can somehow keep those plows from churning up the anticipated fresh snow – then let’s go! Prepare to defend OR assault the Fountain at 5:30pm on Thursday, March 5th. Which side you’re on, is totally up to you. See you in the Circle!”

Read more →
More Stories
“If you are up for a little civil disobedience, a sled-in is planned for today at 1pm. West lawn of the Capitol.”Why Local Rocks