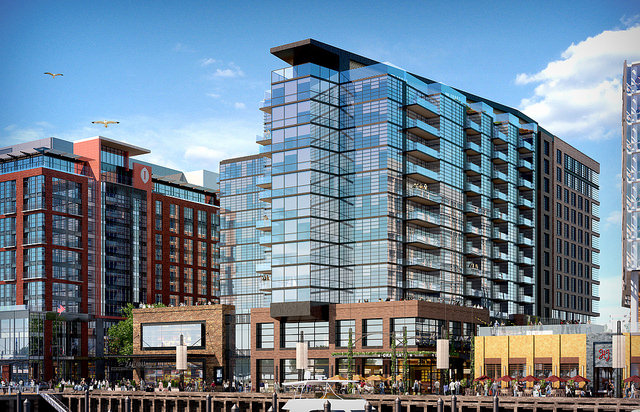 “VIO will set the standard for luxurious waterfront living in the District,” said Monty Hoffman, founder and CEO of PN Hoffman. “Equipped with the highest-end finishes and luxury amenities, like a rooftop infinity edge pool with river views, VIO will be the perfect model for what to expect from The Wharf’s other residential, office and retail spaces.”

“VIO, with floor-to-ceiling glass, will offer stunning views of monuments and the Potomac River and unique and immediate access to what is sure to be a world-class waterfront experience,” said Amer Hammour, chairman and CEO of Madison Marquette. “We are very excited to be working with both Handel and WDG Architects to create an iconic waterfront building that will exceed the expectations of urban living.”

VIO, which derives from Latin for “I journey,” includes amenities such as a private lobby on The Wharf’s Yacht Club Piazza with covered drop-off, 24-hour front desk, concierge services, clubroom, fitness center with yoga studio, and an outdoor infinity edge pool overlooking the Potomac River. Secure underground parking is included with the purchase of most residences. Select VIO residences feature private-access elevators that include direct access to the Wharf promenade, which will include an impressive mix of restaurants, bars, cafes, and other retail. The majority of residences at VIO feature balconies with water views and several penthouses include private rooftop terraces.