Get our email!
Search
Pets 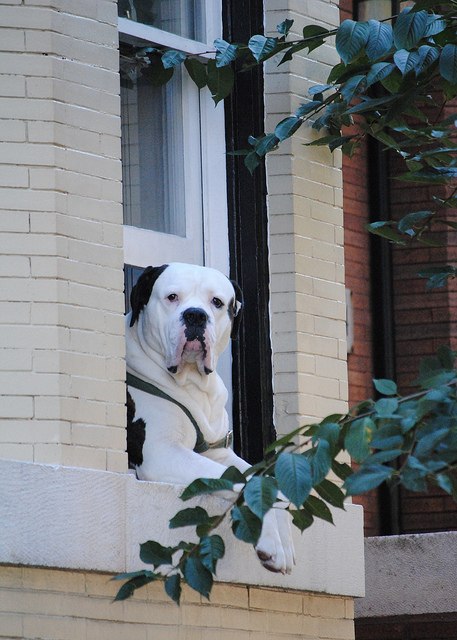 I was walking along P St NW this afternoon when I watched a beagle-mix-type dog push through the screen of a window that was only open by about six inches. He was just getting himself turned around, did not intend to push the screen through. He fell one story to the street. I ran over to check on him (he was fine, save for the shock and a bit of a bloody snout). A few other bystanders called the phone numbers on the tag and found someone else in the building who was able to hold onto the pup while the owners got home.

It’s that time of year again when the air is pleasant and we like to have our windows open. Our pets like the fresh air too though, and they sometimes don’t understand that it can be a long way down outside those windows.

If you are going to have your windows open, try to make sure your pets don’t have access by opening those that don’t have a couch or table or other perches in front of them. Alternatively, most double hung windows can also open from the top, so if your screens cover both, consider opening up the top sash rather than the bottom.”