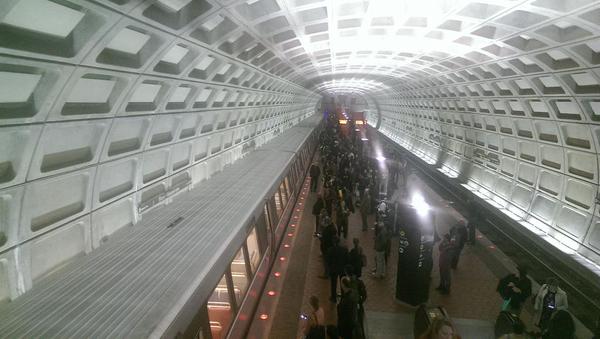 A reader reports about 7:15pm:

Update from an eyewitness:

“I was on the train car that got pepper sprayed tonight. It wasn’t exactly a prank. There were a group of teenagers on the train (I was sitting behind them) and another individual who got into a verbal fight and were taunting and threatening back and forth. The individual went to get off the train at the Shaw stop and someone sprayed pepper spray. I believe the individual sprayed it in the direction of the teens. Then the teens ran off the train after her. Unfortunately, the pepper spray remained in the air and quickly spread throughout the car. Everyone moved toward the ends of the car (the incident had taken place by the middle doors), but the doors had just closed before most people realized what had happened. Luckily, the operator opened the doors and everyone ran off. She then realized something was going on and subsequently, they unloaded the entire train and eventually put it out of service.”