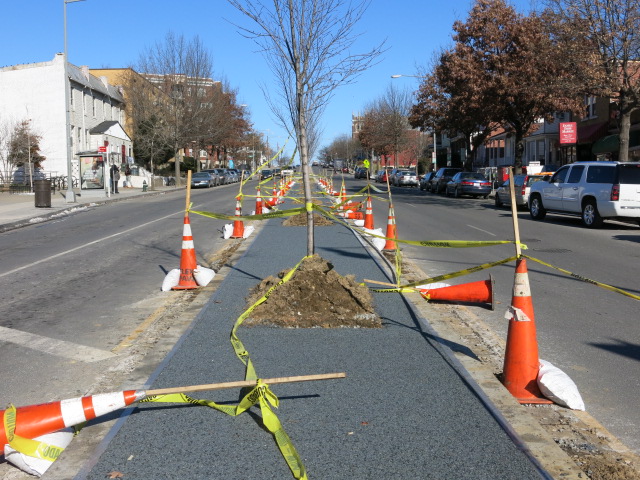 Ed. Note: No need to lecture the OP – just take the following as an important reminder that this sh*t happens so keep your wits about.

I just thought I should alert you guys (and the Petworth area) that last night around 12:15-12:20A, as I was walking north on New Hampshire from the Georgia Avenue metro, I noticed a shorter, skinny hispanic male biking behind me, smoking a cigarette.

I moved out of the way for him to pass, but he still swerved really close to me as he biked by (which I immediately thought was both annoying and sketchy.) I attributed it to him possibly being drunk, but then he turned left onto Shepard. I continued my walk home.

I guess he must have looped back around, because as I was walking by the park between Shepard and Taylor, there he was biking behind me again. This time as he passed by, he reached under my coat and dress to grab my ass… which he was able to do extremely accurately while moving on his bike. This was clearly premeditated. He kept biking north towards Grant Circle, looking back at me occasionally. I ran after him screaming obscenities, and he stopped on his bike to watch for awhile and then biked into the circle.

I flagged down a cop and made a report, but it’s probably not a bad idea to get the word out to the women (and men) of Petworth that there is possibly a creepy f*cking disgusting human roaming around our streets.”