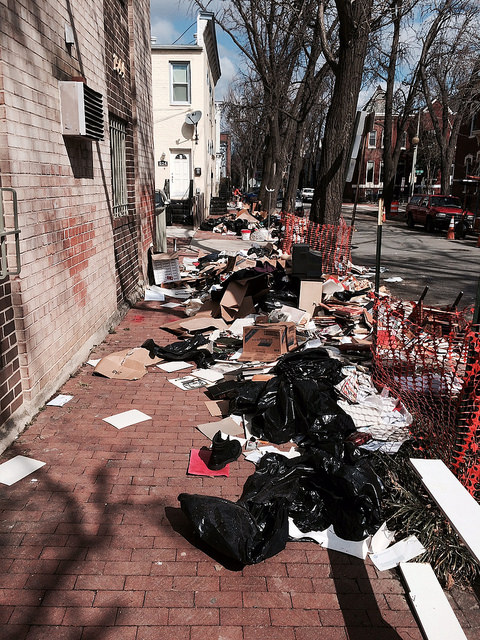 Ed. Note: On the Shaw Listserv ANC 6E02 Commissioner, Kevin L. Chapple, says: “DPW has already been notified and will be collecting the debris today.”

It looks like one of our neighbors on Marion St got evicted late last week, and all their belongings were put on the sidewalk. Initially I figured they had a trash pick up coming, but after the garbage bags were ransacked, the Friday night rainstorm and the wind today, the street looks like a warzone. Does anyone in PoPville have a good recommendation on who specifically to call?” 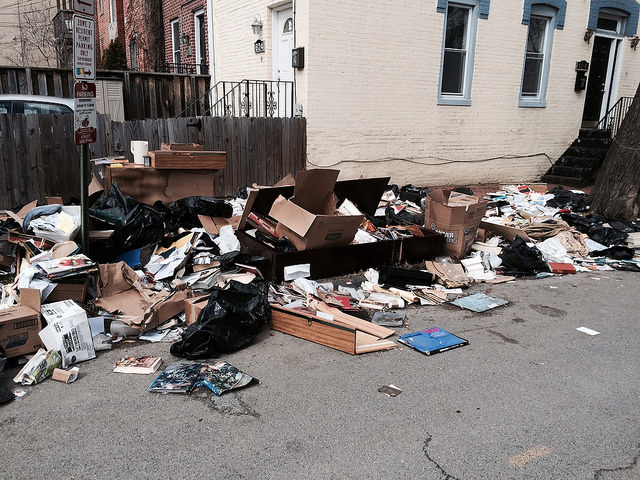 “Not sure if The District officials care at all. But this has been the scene outside on Marion Street NW (between Q & P streets). It’s an eye sore. On the way to work Friday morning (3/13), I noticed the a few men wearing US Marshall coats and several others that looked to be just labor workers.

The labor workers began moving things from maybe one or more units at 1544 Marion Street NW. By the time I came home from work (approximately 6pm), this was the scene and has been since.” 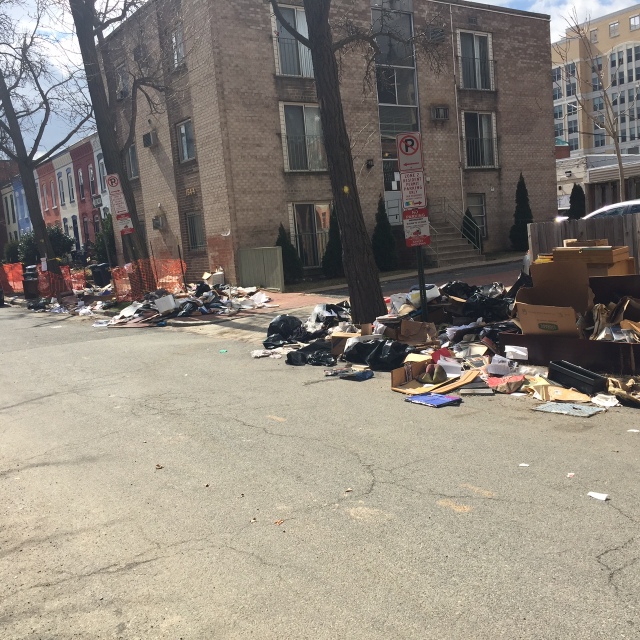