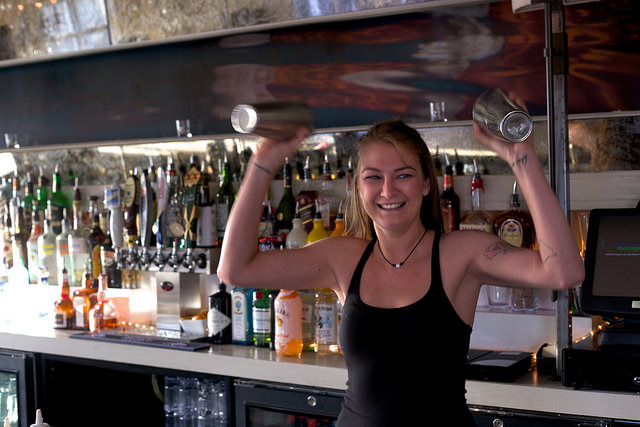 Dani Paulson is currently at Copycat Co. on H Street NE.  Drink City is a series of snapshots of people in the DC area who are invested in DC’s drinking culture. This post originally appeared on DC Focused.

What brought you to DC?

I moved back to the DMV area after college. My stepdad had just been deployed to Iraq and Afghanistan and my mom needed help with my younger brother and sisters while he was away. I worked in retail for a few years and I was miserable, so I went back to school after my stepdad got home and started waiting tables to pay my tuition. I fell in love with the restaurant industry and moved to DC from the ‘burbs almost 5 years ago.

How long have you been bartending in the city?

I had two bosses at two consecutive restaurant jobs in Virginia tell me that I “didn’t have what it takes” to be a bartender, so naturally I took this as a challenge. My first bar job in DC was opening Black Jack [in 2011]. While I was transitioning to DC I had a lot of free time so I spent all of it at Black Jack doing everything that goes along with opening a new spot. On the third night of our soft opening, one of the bartenders was a no-call, no-show. One of the beverage directors came up to me and said, “Get behind the bar. You know where everything is.” At the end of the night, he asked me how I felt about bartending. I told him I felt great and he said, “Awesome. You’re a bartender now.”

Since then, I’ve been very lucky to meet and work alongside some of the most talented and respected bartenders in DC – people like Jo-Jo Valenzuela, Jamie MacBain, Micah and Ari Wilder, and Tom and Derek Brown. I’ve recently made my way over to Copycat Co. on H Street NE. Devin Gong has an incredibly high standard for his cocktails and I am thrilled to work with and be trained by one of the best bartenders in DC. 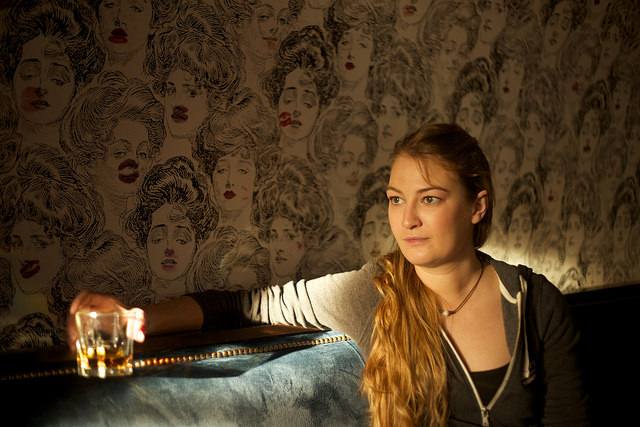 The interest in classic cocktails and craft beer has exploded in DC over the past few years – what sorts of trends have you noticed lately?

I keep seeing bars open that are straying away a bit from a craft cocktail menu and instead focusing on building a menu around a single spirit. Places like Lost & Found, The Gin Joint, Mockingbird Hill, Libertine and the list goes on.

As far as craft beers go, I’ll be honest: I’m a wino and a rye lover.  That being said, I kind of have a ridiculously huge beer crush on 3 Stars Brewing Co. I love how consistent they are with their drafts from keg to keg and how creative they are with their seasonal beers. The day they come out with cans or bottles I’ll be stocking my fridge and likely drunk. I still need to make my way over to Blue Jacket and Atlas. 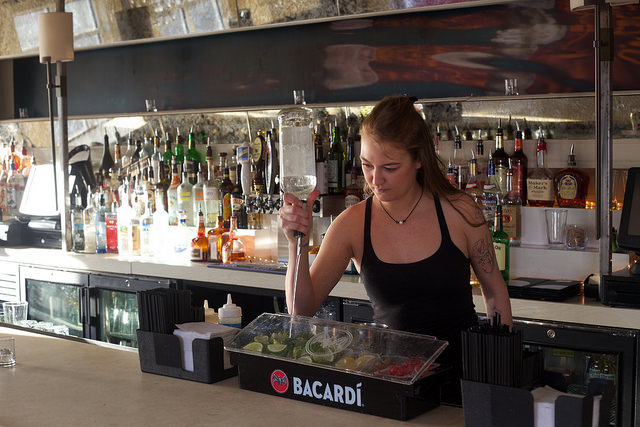 What sorts of trends would you like to see in DC in the coming years?

If you look back at bar history, taverns were built to serve travelers meeting each other in inns. What this did was promote human connections more than the quality of the drinks on hand. I feel like so much of the current cocktail scene has gotten lost in what infusion or what house-made syrup or obscure liqueur you are using in your cocktail as opposed to fostering a sense of community within your bar. That doesn’t mean that we can pour swill into a glass and call it a cocktail so long as you’re being a good host, but we should invest as much effort into cocktails as the socializing environment in which we serve our guests.

Do you have a favorite drink to make right now? Why is this your current favorite?

I kind of go through cycles with my favorite cocktails. Right now I’m kind of stuck on The Last Word. I have a soft spot for perennial cocktails that you can appreciate whether it’s January or July. When it’s cold, I love the warmth and herbal notes of Maraschino and Green Chartreuse. When it’s warm, I love the gin and fresh lime. It’s a great cocktail for someone who wants to learn how to drink gin outside of a gin and tonic, with equal parts across the board.

All images ©  Beau Finley. You can see more of his work on his flickr page. A big thanks to Lost Society for allowing us to use their space to take these photos.