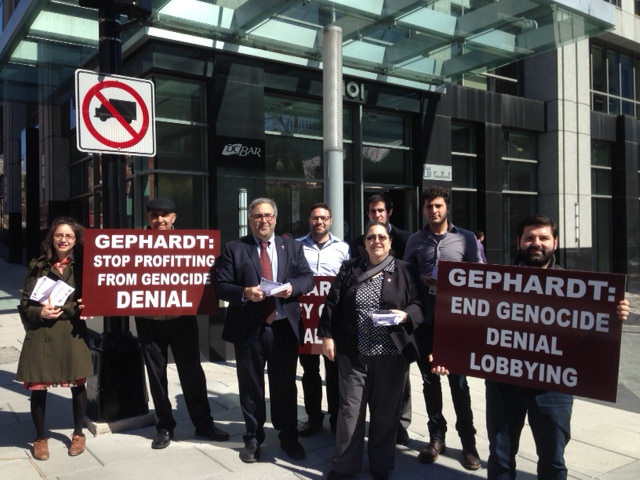 “Attached is a photo I took of a protest by the Armenian National Committee of America that I saw today at 12th & K St., NW. They were protesting outside the offices of Gephardt Group Government Relations, led by former congressman Richard Gephardt, who the protesters said represents the government of Turkey that refuses to acknowledge the Armenian Genocide.”