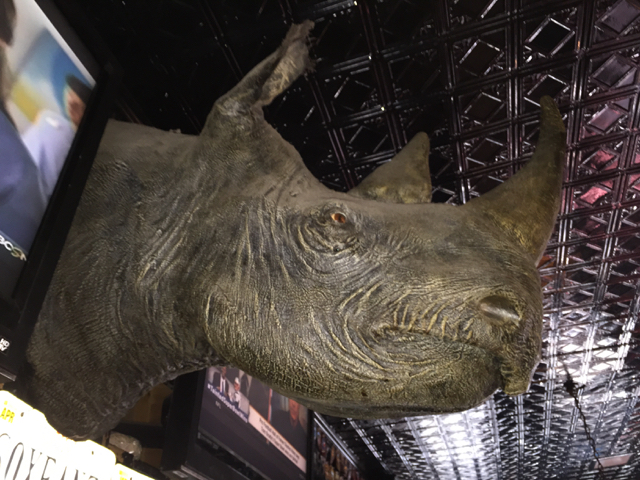 “We are selling everything from Rhino bar from the flat screen TV’s to the kitchen and everything in between including the original signs from Rhino’s predecessors The Shamrock and Winstons, a giant Rhino head, a signed Caps jersey, a ton of sports memorabilia and so much more. Here is the link to the auction.

People can come check out the stuff on Thursday, February 26th from 12-4 p.m. at Rhino. The auction begins to close Friday, February 27th at 1:07 p.m.