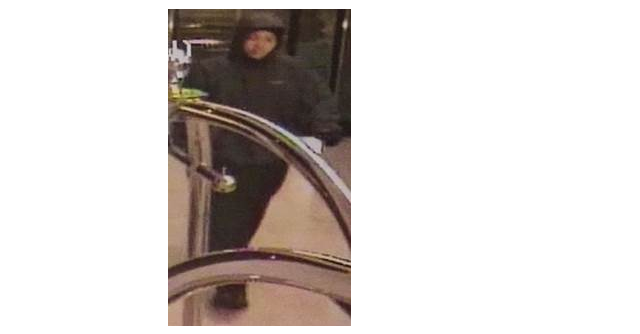 “Detectives from the Metropolitan Police Department’s Homicide Branch are seeking the public’s assistance in identifying and locating a person of interest in reference to the homicide of 30 year-old David Messerschmitt of Northeast, Washington, DC, who was discovered on Tuesday, February 10, 2015, at approximately 11:12 am, in the 1100 block of 14th Street, Northwest. The below photo of the person of interest was taken inside of the Donavan Hotel at approximately 7:45 pm, on February 9, 2015.

“On Tuesday, February 10, 2015, at approximately 11:12 am, officers from the Third District responded to a call for an unconscious person inside of the Donavan Hotel located in the 1100 block of 14th Street, NW. Upon arrival, they located an adult male, unconscious and unresponsive, suffering from apparent stab wounds. The decedent was transported to the office of the Chief Medical Examiner.”