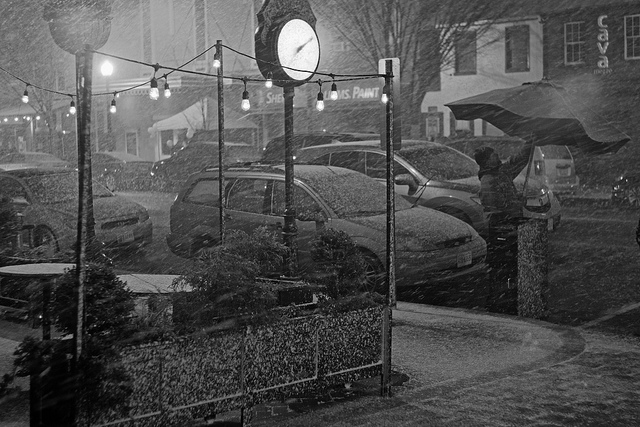 Thanks to a reader for passing on from the DC Snowball Fight Association:

“At laaast, the DC area is about to get in on some of that significant snow that New England seemingly has been keeping all to itself so far this winter… And yes, for us, that can only mean two words.

For the first time since last March, we urge the snowballers of the District to reconvene for a benevolent battle in the beloved birthplace of our movement, Dupont Circle Park, at 11am on Tuesday. An hour or two beforehand, we’ll post an update here on the status of the Park, just so that we know whether conditions are ripe. And we hope you can join us afterward for lunch and drink specials at James Hoban’s Irish Restaurant & Bar, which is reserving a room and offering a prize for the best (read: craziest?) dressed snowballer!

Before we go, a few common-sense provisos:

• We’ll respect any requests of the Metropolitan Police Department and the U.S. National Park Police
• We hope you won’t target members of the media (too hard) or damage anyone’s camera
• In the interests of safety, we urge everyone to play fair, NOT THROW ICE, and wear any protective gear that you think you need
• Pelting moving vehicles could cause accidents, so we say: please don’t go there
• And we also want to state the obvious: anyone who behaves recklessly is responsible for the consequences.

See you at Dupont Circle Park!
– The #DCSFA Crew”